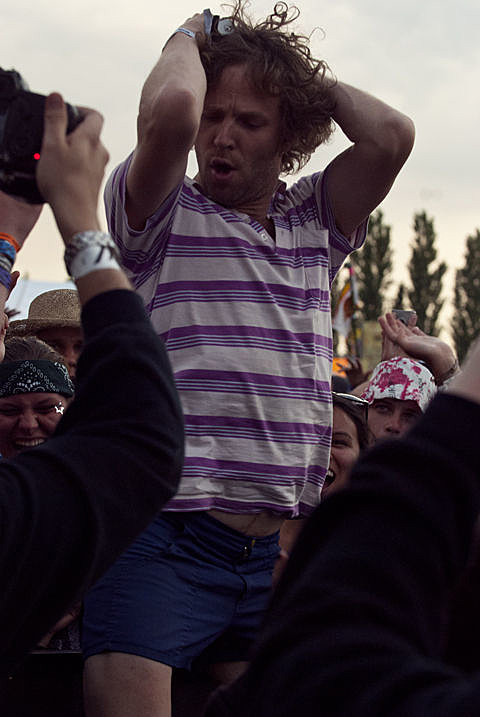 !!! have a few upcoming shows and festival appearances this summer, including Outside Lands in San Francisco. They'll play an NYC show in Brooklyn on September 9 at The Bell House with openers TBA. Tickets are on sale now.

The band recently made a mixtape of "some tunes we've been digging" I don't have tracklist, but you can download that above and listen to it below too.

All tour dates, and the Nicasso video (if you missed it), are also below...