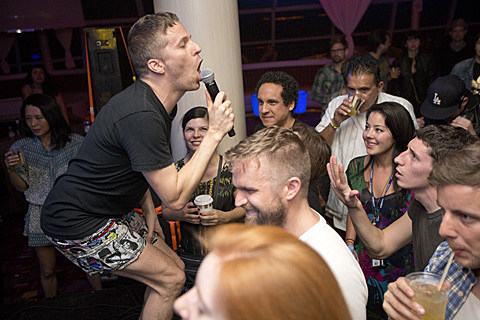 Fresh off the (Coachella) boat, !!! have announced details of their new album, THR!!!ER, which will be out April 30 on Warp. A ballsy title for sure (and kind of genius) and guitarist Mario Andreoni explains:

Thriller didn't merely come to represent the selling of a lot of records...it became synonymous with an artist(s)' and/or genre(s)' artistic high-water mark. INXS' Kick is the Australian Thriller...Alanis's Jagged Little Pill is the Canadian Thriller...Wham's Make It Big is the blow-dryer's Thriller...every recording by the 13th Floor Elevators is the dosed-man's Thriller...Sister Ray by Velvet Underground is the Thriller of musical fever dreams. One day at the studio, Nic [Offer, vocalist] drew THR!!!ER on a napkin and I liked it...then we made our THR!!!ER

The album was produced by the very busy Jim Eno of Spoon who gathered the far-flung band members who now live all over the globe. Unlike previous albums where songs were written during in-studio jam sessions, !!! came to the recordings with songs ready. Says frontman Nic Offer, "We've never tried to make the same record twice, we might have accidentally, but we've always tried to push on. For this one it felt like we definitely shoved off from the shore."

You can check out THR!!!ER's cover art, track list and a video trailer below... 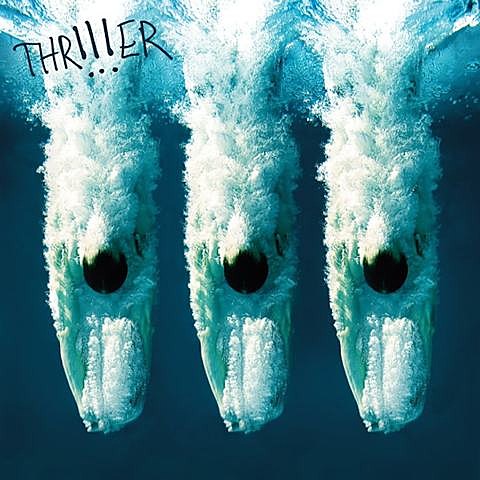