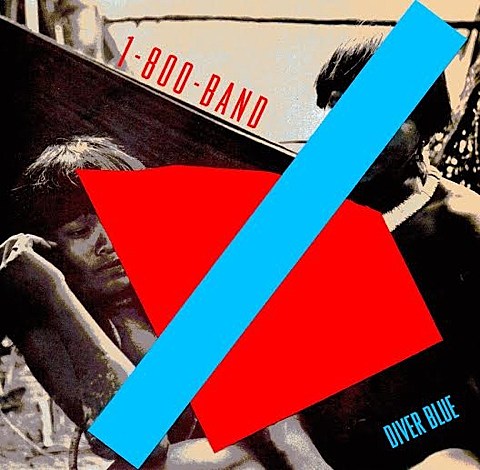 Brooklyn's 1-800-BAND will release a new EP, Diver Blue, on April 8 via Almost Ready Records (Liquor Store, Nobunny), and you can get a taste of that now from the title track, which makes its premiere in this post. The song's got some serious vibes of The Cars and other 1978/79 power pop/new wave bands, and if you're into that stuff you might dig 1-800-BAND too. You can check it out below.

1-800-BAND play locally a lot (maybe you've seen them?), and you'll get another chance to catch the band in their hometown this Sunday (2/23) at Death by Audio with Hector's Pets, Ar-Kaics and Chickenhawks. They're also playing at Record Grouch on April 5 (968 Manhattan Ave in Brooklyn), and night 1 of the Brooklyn Power Pop Festival at The Bell House on May 9 with Dwight Twilley and Pezband (tickets). More on that in a sec.

They also have some other spring dates in other cities, all of which are listed below...