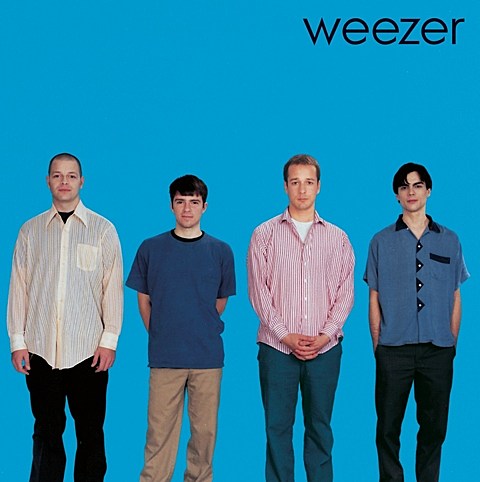 The killer lineups for Chicago and Denver's Riot Fests were announced this week, and as if having tons of classic bands wasn't enough, the festival has now announced then ten of those bands will perform one of their classic albums in full. It's in celebration of the festival's 10th anniversary (they're calling it "10 Years. 10 Essential Albums.") and includes Jane's Addiction playing their 1988 major label debut, Nothing's Shocking, The Offspring playing their 20-year old Smash (which they're also doing on tour this year), Weezer playing The Blue Album (which also turned 20 this year), NOFX is doing Punk In Drublic (turning 20 in July), Slayer will play their thrash masterpiece Reign In Blood, Danzig's post-Misfits band Samhain are playing their debut, Initium, Descendents play their highly influential debut Milo Goes to College, Naked Raygun play their debut Throb Throb, and The Get Up Kids will play emo/pop punk classic Something To Write Home About, plus one more TBA. Nicely done, Riot Fest.

All ten of the albums will be played at Chicago's Riot Fest, and Weezer, Slayer and NOFX will do it again in Denver. You can still get tickets to Chicago and Denver. 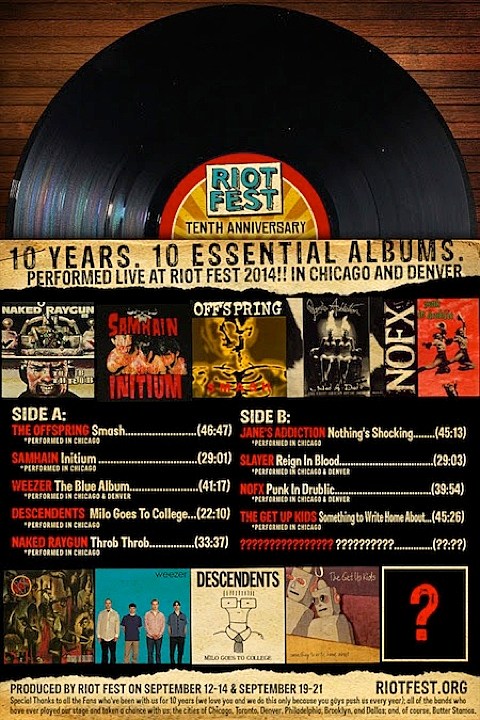