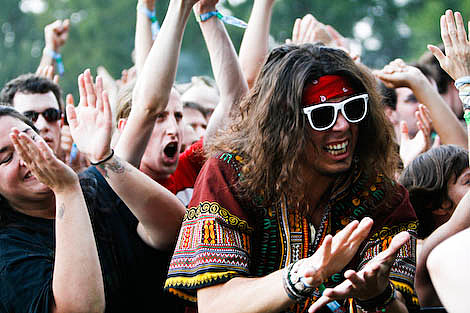 Visa issues have kept a few foreign bands out of CMJ this year (Florence & the Machine and Neon Neon among them) but there are still quite a few who are crossing the border to play this week. Here are ten that I'm not only looking forward to but, except for one maybe two, felt were not getting the attention they should... 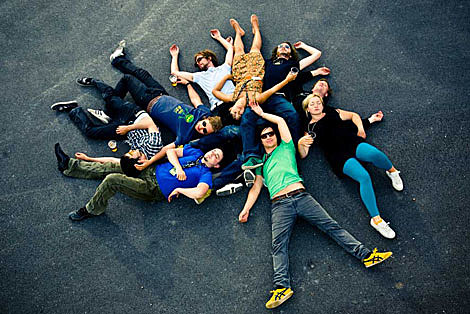 What you need to know: Like their name implies, this Norwegian six piece (sometimes more) are keyboard-heavy but hey play almost everything live -- their 2007 debut was called Fuck Midi. New material is more melodic and straightforward, especially upcoming single "Grønt lys i alle ledd" which is out on Moshi Moshi next week. Live show is supposed to be festive. 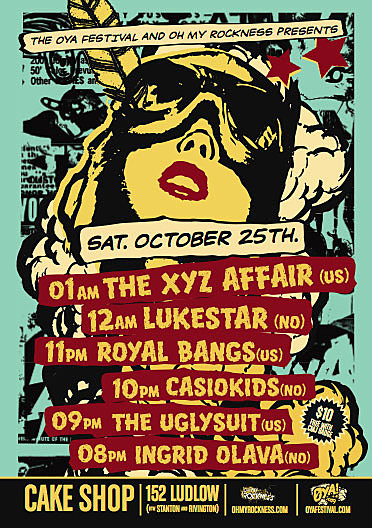 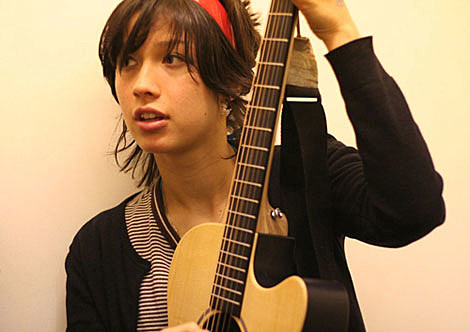 What you need to know: Part of the London neo-folk scene that spawned Laura Marling, Jeremy Warmsley, and Noah & the Whale. Has the ability to write charming, clever songs about the most depressing of subject matter. Wins over just about anyone who actually pays attention while she plays. Debut album, First Love, is out in the UK on Nov. 10.

Chances to see her: 8, and most of them are free shows. One is a BrooklynVegan show. (all dates at end of post)

Emmy the Great - "We Almost Had a Baby" 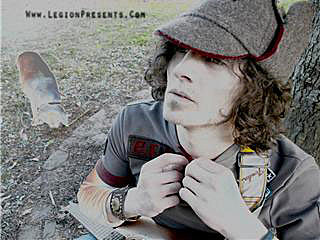 What you need to know: Eugene Frances Jnr's heartfelt, wide-screen pop drifts a little into affirmational Grey's Anatomy soundtrack material at times, but like a lot of musicians from Wales, there's something genuinely weird going on that keeps him safely out of David Gray territory. His new album, The Golden Beatle, is well worth a listen.

Chances to see him: 3 (dates at end of post) 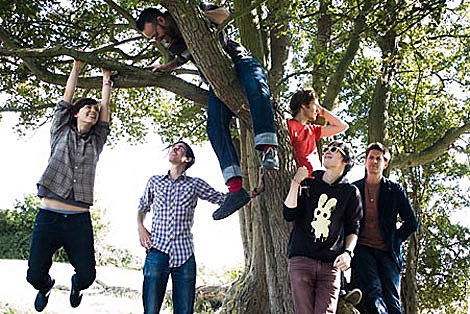 Hometown: London, by way of Sweden

What you need to know: Fanfarlo draw comparisons to Arcade Fire though to my ears they're definitely more in the Belle & Sebastian school of sweeping indie pop. They were one of the best bands I saw at this year's SXSW. David Bowie is a fan. I am probably more excited about seeing them than any other band at CMJ, apart from Late of the Pier (see below).

Chances to see them: Only one (Fat Baby on Saturday, Oct. 25). They're actually in NYC recording their debut album so time is probably precious for them. 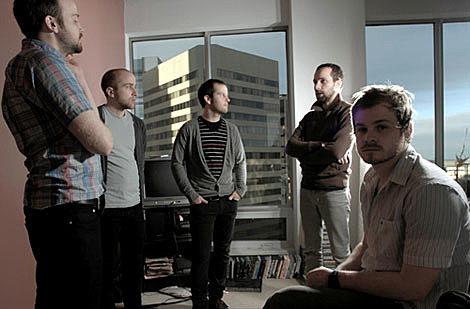 What you need to know: Equal parts swirling guitars and dreamy electronics, Faunts last played NYC four years ago at Rothko during CMJ. The band have been pokey to follow up thier 2005 debut, High Expectations/Low Results, releasing a stopgap EP last year, but are set to finally release Album #2 in January on Friendly Fire. Drummer Paul Arnusch also fronts his own band, jangle-poppers The Whitsundays, who'll also be playing the Friendly Fire showcase at Village Underground on Wednesday (10/22).

Chances to see them: 4 (dates at end of post) 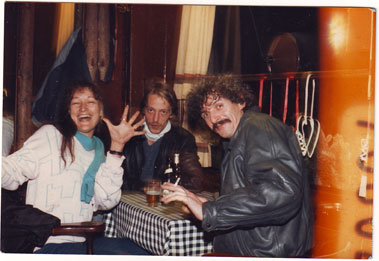 What you need to know: Seems unfair that Marnie Stern gets all the attention while equally awesome math-n-metal loving indie rockers Kirsten Ketsjer are playing to 30 people, though, like I said the other day, I think this may change after this week. Though they seem to be eschewing their poppier material on this tour, they are no less amazing live. The folks at Cake Shop are huge fans. Highly recommended.

Chances to see them: 5 (dates at end of post)

Late of the Pier 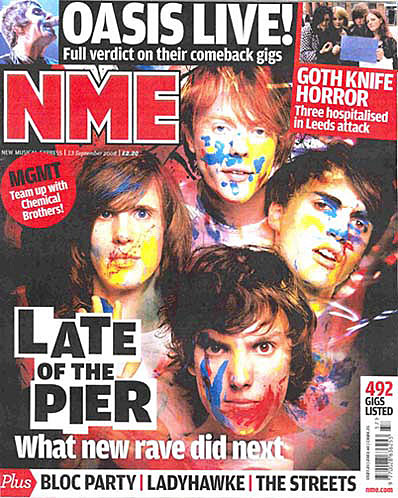 What you need to know: Of the bands on this list, Late of the Pier are probably the only one coming to CMJ with any level of hype (here included) -- their gonzo debut, Fantasy Black Channel, received almost unanimous accolades from the UK press, with The Guardian saying, "Fantasy Black Channel is the most thrilling British debut of the year for its spirit of invention, its surfeit of ideas and its ear for a good tune." Think of them as this year's Klaxons, and I mean that entirely as a compliment.

Chances to see them: Wednesday at Music Hall of Williamsburg; Friday at Irving Plaza

Late of the Pier - "Bears are Coming" 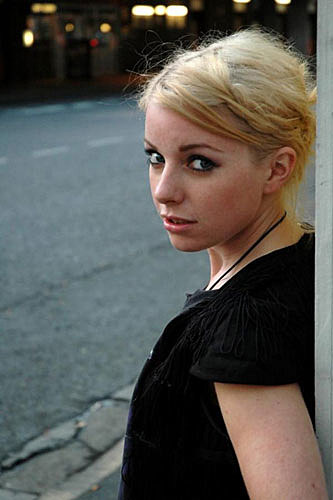 What you need to know: Former singer for Dead Disco, Victoria Hesketh now goes by the name Little Boots and has gained some internet notoriety thanks to a series of winning cover versions on YouTube. She writes her own catchy dance pop too, most of which has been produced by Hot Chip's Joe Goddard. NME says, ""Anyone who can transmute musings on Sylvia Plath and the Fibonacci sequence into glittering electropop gold (single 'Mathematics') is surely destined for greatness." 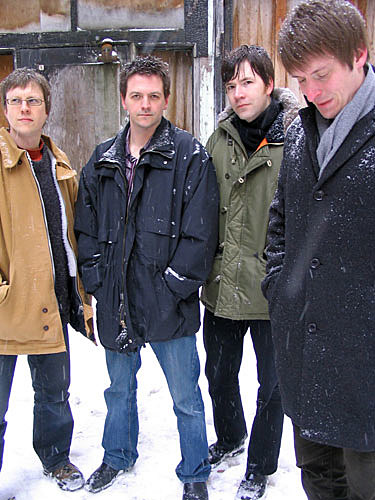 What you need to know: Tight, keyboard-driven mod pop for folks who like Spoon, The Jam or Ted Leo who just released their second album for Mint Records, A Little Tradition. Novillero are seriously good live, one of the best things I saw at CMJ 2006. Too bad they're only playing once.

Chances to see them: The Mint Records showcase at Fat Baby on Friday, Oct. 24 is your only chance. 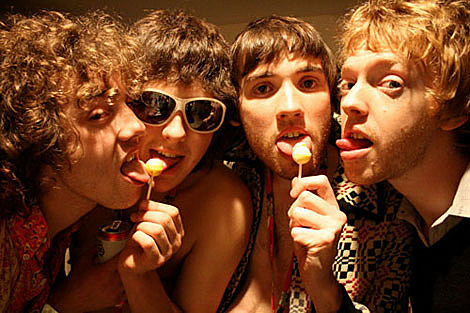 What you need to know: Despite the MP3 above's Libertines-esque sound, Radio Luxembourg are definitely from the same off-kilter Welsh psych pop school as Super Furry Animals and Gorky's Zygotic Mynci -- in the latter's Euros Childs has produced their recorded work to date. 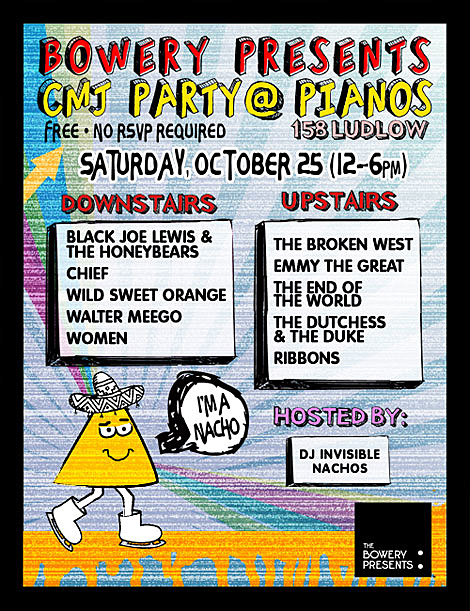