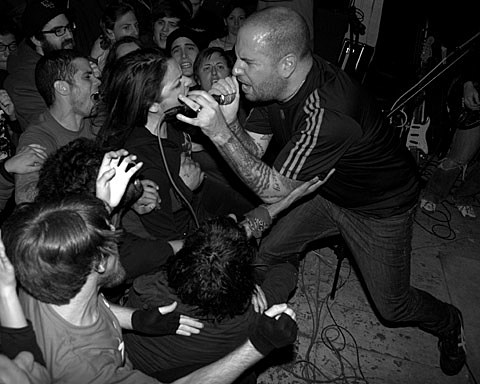 Back in the fall, New York krishnacore greats 108 began teasing 2016 shows, and now some have been announced. They'll play one in Cambridge and two in Brooklyn this May.

The Brooklyn shows happen Sunday, May 22 at Saint Vitus with a 1 PM show that has them playing songs from 1992's Holyname and 1995's Songs of Separation, and a 6 PM show playing songs from 1996's Threefold Misery and Curse of Instinct, 2007's A New Beat from a Dead Heart, and 2010's 18.61. Both will be opened by Blacklisted and hardcore supergroup Sweet Jesus. Tickets, including a two-show pass, are on sale now.

Those are their only announced dates for now but West Coast dates TBA. Full tour schedule and some music below...