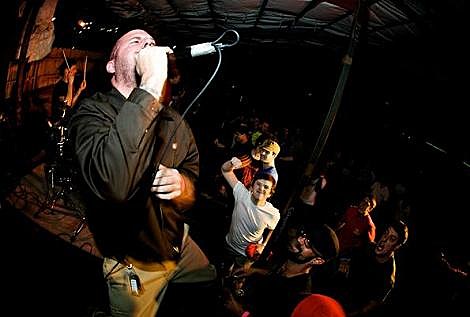 Eventually, the remainder of the band decided that we desired to keep doing 108 even though Robert did not. We realized that we could try to do the band, but that without Robert we would need to go in a very new and different direction sonically and, to some extent, ideologically as well. Robert's contribution to the band was so vast and touched so many aspects of 108, that we fully realize can not "replace" him. We don't plan to try. Instead, we will do something very different from what we did as a band with him.

Whether you like it or not is up to you.

We will like it. If it turns out that we don't we will end it.

It is still called 108 because it is still about what 108 is all about. If this doesn't make sense to you, I apologize. It makes sense to us. We are already writing new material and are eager to share it with you as soon as we can. In the meantime, we hope you really get into our latest recording: 18.61.

For the full story, check out a statement from guitarist Vic DiCara. 108's new album, 18.61, is on the way via Deathwish.