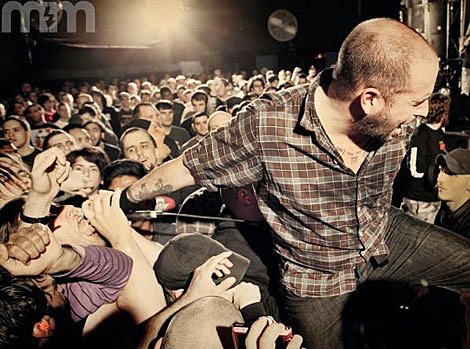 New album from a reunited band. Its easy to be skeptical, and before I heard a note of their 2007 reunion LP A New Beat from a Dead Heart, I was. But hardcore greats 108 quickly extinguished the flame of doubt and proved that not only did they still have something to say, they could say it with a fury not dissimilar from their pre-breakup incarnation.

Now 108, the crew will serve up another platter of furious hardcore with their new LP 18.61 laid down "in the analog domain of Alex Garcia Rivera (ex-Give Up The Ghost)" with Kurt Ballou mixing down the proceedings. The record is due on Deathwish and the tracklisting is still to come, but the title track makes it's first appearance here and is downloadable above, along with "Forever Is Destroyed" which recently appeared on the Deathwish Sampler. Stream more at their Deathwish audioplayer, including the supremely discordant/badass "God Talk". The record marks the first appearance of former-and-now-current The Red Chord drummer Mike Justain. (Justain also did time with Trap Them, Unearth, and Backstabbers Inc, among others)

In other news, Rob Fish recently announced his involvement in Eshas a new project featuring Aaron Edge (Iamthethorn, Himsa, etc). "Your Empty Dying Days" (above) is the first song to bubble to the surface with "more to come, whenever the urge hits".

Rob Fish's old project Ressurection will get a deluxe discography treatment via Deathwish. Look for I Am Not: The Discography to appear on the label later this year. Members of Ressurection has gone on to feature members of Lifetime, Deadguy, Floorpunch, The Van Pelt, Paint It Black and many others.

Album art and some live video, including video of 108 performing "18.61" live at Santos last year, is below. For more info on some of the ideas behind 108, check out guitarist Vic Dicara's blog. 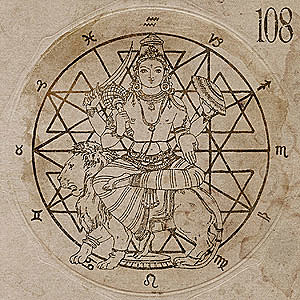