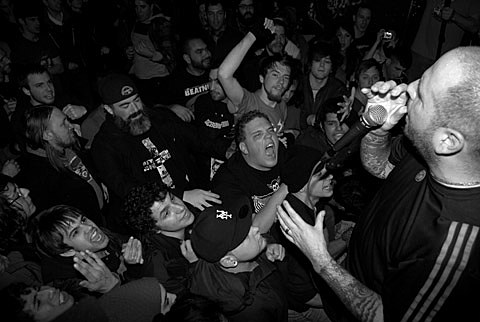 New York krishnacore greats 108 were formed in 1991 by Vic DiCara after the breakup of Inside Out (whose singer Zack De La Rocha formed some band called Rage Against the Machine) and throughout their many lineup changes they shared members with Quicksand, Texas Is The Reason, Jets To Brazil, Seaweed, Burn, and many more. They initially broke up in 1996 but got back together in the 2000s and released two new albums which proved they still had the fury of their early days.