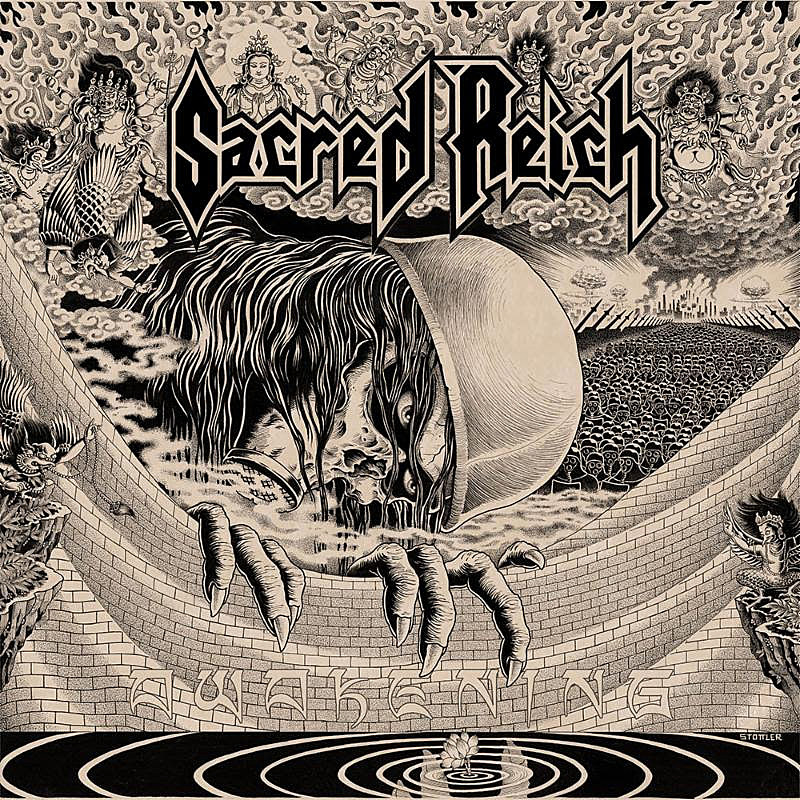 We're about halfway through the year, and to celebrate, the Invisible Oranges team (including yours truly) put together lists of the best metal albums of 2019 so far. As for stuff out this week, IO wrote about new albums from Abyssal, Superstition, Itheist, and more in this week's Upcoming Metal Releases, and this week gave us new singles from Sacred Reich, Immortal Bird, Devourment, Ledge (ex-Weekend Nachos), Chelsea Wolfe, Cherubs, Shock Narcotic, and more. Read on for all the metal (and metal-adjacent) songs we posted on BV this week...

Phoenix thrash vets Sacred Reich have announced their first album in 23 years, Awakening, and you can read more about the just-released title track over at Invisible Oranges.

Genre-defying Chicago metal band Immortal Bird's anticipated new album Thrive on Neglect comes out July 5 via 20 Buck Spin, and you can read much more about new single "Avolition" over at Invisible Oranges.

After Weekend Nachos broke up, frontman John Hoffman started Ledge and Ledge will release their second album, All I Hope For, on August 30 via Translation Loss. New single "Hanged" is an absolutely grimy blend of sludge, grind, and hardcore. "I decided All I Hope For needed to sound uglier," Hoffman told Decibel. " Less like an ugly dude at the gym and more like an ugly dude in a dumpster."

Chelsea Wolfe's new acoustic/folk-oriented album Birth of Violence comes out in September via Sargent House and you can read more about the great lead single "The Mother Road" here.

Shock Narcotic is a new band with some familiar faces -- former The Dillinger Escape Plan guitarist Jeff Tuttle, Child Bite vocalist Shawn Knight, current Shit Life/former The Black Dahlia Murder drummer Zach Gibson, and Battlecross bassist Don Slater -- and their debut LP I Have Seen The Future And It Doesn't Work comes out August 16 via Housecore Records, with guest vocals by Full of Hell's Dylan Walker. The first single is the absolutely chaotic "Pray For Paralysis."

Austin noise vets Cherubs are releasing new album Immaculada High on July 26 via Relapse, and new single "18 The Number" is as chaotic and eccentric as you'd expect from this band. (As is the video.)

BE ALL END ALL - "DIVIDEND"

Florida hardcore crew Be All End All is releasing the Object To Persona LP in July via Triple B Records, and they've now shared the absolutely ass-kicking "Dividend."

SHEER MAG - "BLOOD FROM A STONE"

"Blood From A Stone" is the first single off Sheer Mag's sophomore album, which you can read more about here.

German composer/sound artist Black To Comm (aka Marc Richter) has announced the followup/companion piece to his Thrill Jockey debut from earlier this year, Seven Horses for Seven Kings. It's called Before After and due July 12 via Thrill Jockey. The first taste is the haunting, atmospheric "Eden-Olympia."

Copenhagen post-rockers The Shaking Sensations are following 2013's Start Stop Worrying with How Are We To Fight The Blight? on October 4 via Pelagic Records, and you can hear the towering lead single "Tremendous Efforts" now.