Possessing a set of pipes that one journalist famously referred to as the "Voice of God," Elizabeth Fraser truly is like no other singer. Matched with the band's shimmering guitar style, her impressive range otherworldly timbre made Cocteau Twins one of the most beloved, influential alternative/indie bands of the '80s and '90s.

Fraser has lent her voice to many other recordings over the years, both while in Cocteau Twins and in the 20+ years since the group disbanded. Rock songs, dance songs, orchestral recordings, film scores, surprising covers. (She's released a few solo songs as well, but mostly she prefers to collaborate with others.) Some of them are as well known, if not moreso, than what she did with the Cocteaus. At least one of them is sung in Elvish. Here are 12 songs outside of the Cocteau Twins discography featuring Elizabeth Fraser's unforgettable voice.

This Mortal Coil - "A Song to the Siren"

Most people want Elizabeth Fraser for her voice's more angelic qualities, but she's got quite the range, and her lower register can be just as transportive, as this spine-tingling cover of Tim Buckley's "Song to the Siren" proves. This Mortal Coil was the recording project of 4AD Records founder Ivo Watts-Russell and producer John Fryer, and "Song to the Siren" -- Ivo's favorite song of all time -- was TMC's debut single in 1983. With guitar from Robin Guthrie, it remains one of the most unforgettable showcases for Fraser's emotive pipes. This Mortal Coil's version has touched a lot of people over the years, perhaps none more so than filmmaker David Lynch, who has called it his favorite piece of music ever. He was obsessed with "Song to the Siren" during the making of Blue Velvet, and wanted Fraser and Guthrie to perform it in the film, but usage rights were out of the film's budget. Lynch eventually got to use it 10 years later in Lost Highway. "That song does something to me, for sure," Lynch told The Guardian.

Jeff Buckley loved This Mortal Coil's cover of his father's "Song to the Siren," and the musical admiration was mutual, as Fraser was enamored with Jeff Buckley's album Grace. Their mutual admiration society grew into a short but passionate love affair somewhere around 1994, which was not long after her relationship with Robin Guthrie ended. (Cocteau Twins continued till 1997.) "I just couldn't help falling in love with him," she said in BBC documentary Jeff Buckley - Everybody Here Wants You. "I read his diaries, he read mine. We'd just swap...I've never done that with anybody else." While it didn't last, at least one song was written during their relationship. "All the Flowers in Time (Bend Toward the Sun)" is a gorgeous duet between Buckley and Fraser, with Jeff singing the chorus of "Oh, all flowers in time bend towards the sun / I know you say that there's no-one for you / But here is one." It's a rough demo that has never been commercially released, but you don't really need much more than their voices to have you wondering what could have been.

Elizabeth Fraser's most popular song, Cocteau Twins or otherwise, is probably "Teardrop," one of three songs she sings on Massive Attack's 1998 album Mezzanine. It is the trip hop group's biggest UK hit, reaching #10, and it went to #1 in Iceland, and in the '00s became known as the theme song to TV show House. Liz says she learned of Jeff Buckley's death while recording it which influenced her lyrics. "I'd got letters out and I was thinking about him," Fraser told The Guardian. "That song's kind of about him – that's how it feels to me anyway." Interestingly, the track was almost given to Madonna. Massive Attack's Mushroom sent Madonna the instrumental and she really wanted to make it a single of her own. No disrespect to Madge but we're glad 3D and Daddy G won out. She can still belt it out, too.

One of the great UK indie singles -- and duets -- of the mid-'80s came about through happenstance. Felt, the cult band led by the iconoclastic Lawrence, hired Robin Guthrie to produce their 1985 album Ignite the Seven Cannons, the centerpiece of which was "Primitive Painters," with its hypnotic, cyclical riff. (You're right, it does sound a little like Guns N' Roses' "Paradise City.") Liz Fraser came to visit Guthrie in the studio while Felt were working on the song, and he had the idea to have her sing on it. Lawrence told Uncut: "He just played her the end section. I wrote the lyrics out for her on a piece of paper, she went in, listened to it once on headphones, and then just improvised around it. It was as real as that. It was a remarkable moment. When you listen back to something like that, we knew we’d got it." A classic was born.

One wonders if The Cocteau Twins didn't inspire all of what we think of as "Icelandic music" -- the kind that sounds like glaciers and waterfalls -- even if just through osmosis. Sigur Ros certainly got compared to the Cocteaus a lot when they first started, though the band always claimed they'd never listened to them. (Never?) "I really didn’t like that," says Sigur Ros' Jónsi of the comparisons. "I hated being compared to anybody. Then I got really into Cocteau Twins like two or three years ago. They’re so good. I understood the comparison then." Thankfully he came around as it's given us "Cannibal" from Jónsi's new solo album. It's the sound of two one-of-a-kind, unearthly voices meeting in the heavens.

Dif Juz were one of 4AD's early signings, an instrumental post-punk group whose sound fell somewhere between Cocteau Twins' ethereal wash and Dead Can Dance's baroque orchestrations. (The mix proved influential on the '90s post-rock scene.) Their 1985 album Extractions features this beautiful collaboration with Fraser that pairs her voice with delicate piano and saxophone. The group's Richard Thomas would return the favor by playing saxophone on Cocteau Twins' 1986 album Victorialand.

Here's another case of two iconic '80s voices coming together to make magic. Echo & the Bunnymen frontman Ian McCulloch brought in Fraser to sing on the title track of his 1989 solo debut. "Candleland" has a bit of a Cocteau Twins sound to it, with a gentle melody and treated, arpeggiated guitars, and would probably be considered a pleasant but less impressive song without her. What really makes "Candleland" soar is the alchemy of McCulloch's smoky croon and Fraser, who is at her most angelic here. The call-and-response at the end of the song could go on twice as long -- three times -- and would not get old. McCulloch & Fraser worked similar magic on "Heaven's Gate" from his second solo album, Mysterio.

Los Angeles shoegaze band Medicine were kind of America's My Bloody Valentine, not afraid to mix harsh noise, ethereal beauty and electronica in new and cool ways. The band appeared in the 1993 film The Crow, performing a rocking version of Time Baby II" in a club scene. The Crow soundtrack, however, featured a dreamy remix of the song by Robin Guthrie, dubbed "Time Baby III." Guthrie added some of his signature guitar stylings and brought in Liz Fraser for backing vocals. Most of what Fraser does is subtle, but then she unleashes her full power on some "no no nos," sending things into the stratosphere.

Fraser hasn't made much music under her own name since the Cocteau Twins disbanded. She released a limited edition single, "Underwater," in 2000 (only 200 pressed); contributed a cover of Chic's "At Last I Am Free" to Rough Trade's 25th anniversary cover comp Stop Me If You Think You've Heard This One Before; and she put out this 2009 single which she released as a tribute to her friend and Echo & The Bunnymen collaborator Jake Drake-Brockman, who died that year. Made with her partner, drummer Damien Reese (Lupine Howl, Massive Attack, EATB), "Moses" rides a trip hop vibe by way of the French Riviera, but Fraser's voice is really the main instrument, with layer upon layer of gorgeous harmonies.

Howard Shore - “Lothlorien (feat. Gandalf’s Lament)” (from Lord of the Rings: The Fellowship of the Ring)

When you're making movies out of some of the most beloved fantasy novels of all time -- say, The Lord of the Rings series -- it's good to have access to a "Voice of God" who is used to singing in invented languages. Director Peter Jackson and composer Howard Shore brought in Fraser for The Fellowship of the Ring scene where the Fellowship rests in Lothlórien, while the elves sing a lament for Gandalf. Needless to say, her Elvish is impeccable (skip to around 2:30 mark on the track to for Fraser's entrance). They brought Fraser back for The Two Towers'"Isengaard Uleashed" sequence. Speaking of heavenly voices: Fellowship of the Ring's soundtrack also featured Enya.

Composer Yann Tiersen, who gained fame in 2001 for his Amelie score, released Les Retrouvailles in 2005 which found him collaborating with a number of great vocalists, including Jane Birkin, Tindersticks frontman Stuart Staples and Fraser, who contributed to two songs on the album. "I was a huge fan of [Cocteau Twins] and of her voice," Tiersen told The Beijinger. They wrote the fanciful, swooping and dramatic "Kala" together. "It’s like a very good moment in the studio we spent together...to see her working and see her ideas coming from nowhere. It was great." 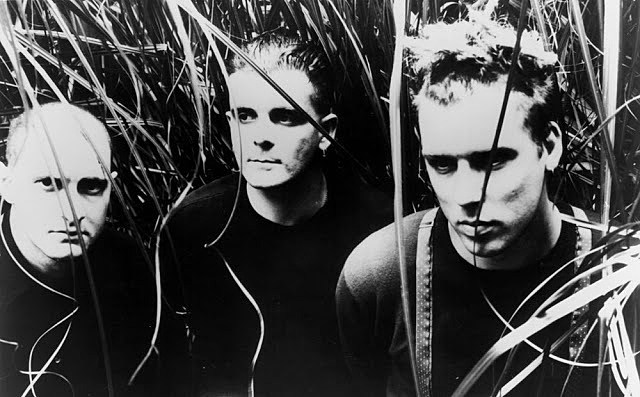 Chances are you've never heard Liz Fraser like this before. Certainly not since, either. The Wolfgang Press were a dark and brooding band signed to 4AD, cut from the same cloth as The Birthday Party but with an interest in funk, dub and drum machines. Having become fast friends with Liz and Robin of the Cocteau Twins, TWP asked Liz to sing on their debut EP...for a cover of Aretha Franklin's "Respect." It's true. Liz provides the "Just a little bit!" backing vocals in the chorus. "Our version was too rigid," Wolfgang Press frontman Mark Allen said in 4AD chronicle Facing the Other Way. "It should have been thrashier, heavy, more tribal. It was almost comical by the end." It's probably the most comical song 4AD released in the '80s, and more of a curio than anything else, but it's nonetheless interesting to hear Fraser so outside her wheelhouse.

Here's a playlist featuring all the songs apart from the Jeff Buckley demo, plus a few others (including Moose, Future Sounds of London, more Massive Attack, This Mortal Coil, Ian McCulloch, and more).