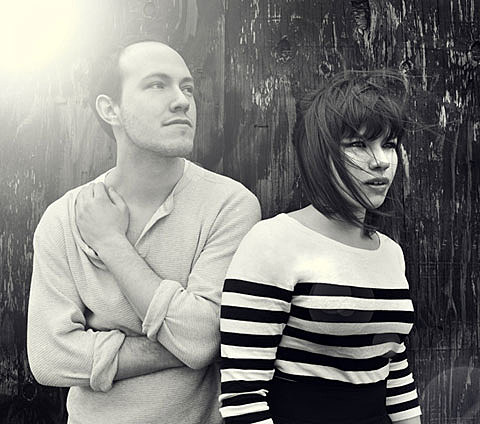 As mentioned in "What's Going on Sunday," 1,2,3 band were scheduled to play the next installment of 'Communion' at Public Assembly in Brooklyn tonight (3/8), but their label Frenchkiss Records reports that they have cancelled. Savior Adore, Keegan Dewitt, Lachi, and Paul Dempsey are still on the bill though.

Tonight's show will be Communion's third party at Public Assembly since they kicked off in early January, and their second unlucky cancellation. Laura Marling pulled out of the second one.

For Savoir Adore, tonight's Communion appearance will be their last NYC show before they head to Austin for SXSW. If you're going to be in Austin, make sure to stop by and see them play a BrooklynVegan party right at noon on Thursday, March 17th at Swan Dive/Barbarella (full lineup TBA). They play their official showcase one day later at Easy Tiger.

1,2,3 are also headed to SXSW where they'll play at least six shows including the Frenchkiss Showcase at The Parish on Wednesday, March 16th with The Antlers, The Dodos, Young Man, Fidlar & Ivan & Alyosha. More dates are listed below.... 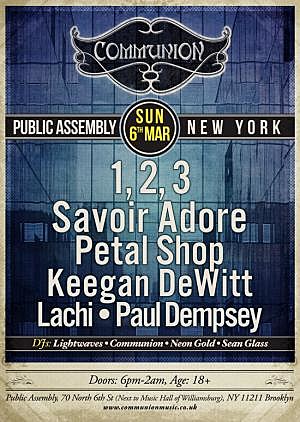