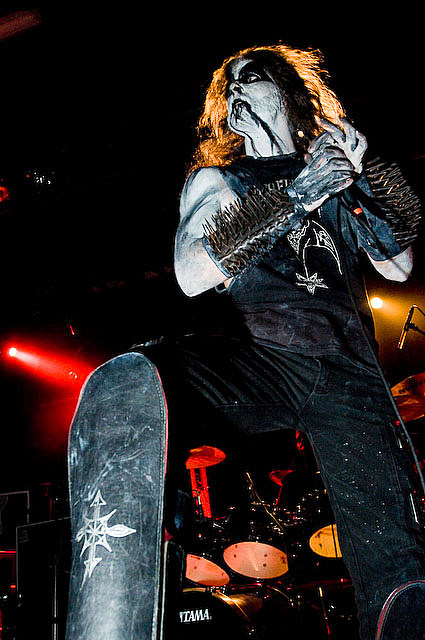 1349 is a black metal band hailing from Oslo, Norway. The band's music is purposely similar in style and construction to that of bands from the Second Wave of Norwegian black metal of the early 1990s, and does not incorporate synthesisers. As a result, 1349 have been compared to the early incarnations of Enslaved, Emperor, Burzum, Gorgoroth, Darkthrone, Immortal, and Mayhem, being described as much heavier than most other black metal bands. The band has so far, rejected the more commercial style of black metal exhibited by some bands.

The name 1349 comes from the year the Black Death reached Norway. [Wiki]

I saw them at SXSW, at night in a field which was also a VICE party with not many people, but with very drunk people. The band takes the scary act to the next level. The scary faces never leave their faces, so between the scariness on stage and the scariness in the crowd, it was overall kind of scary scary (but very entertaining). Now the band is on tour with Carcass and that brought them from their lair in Norway to the heavily guarded and corporate Nokia Theater in NYC on Saturday night (Sept 6). Black Bubblegum was at the show and his full review is coming soon, but I can tell you now that he was less than impressed with 1349. Ryan also found them hard to take seriously, but did admit they do a good scary (and a good Kiss). More pics below... 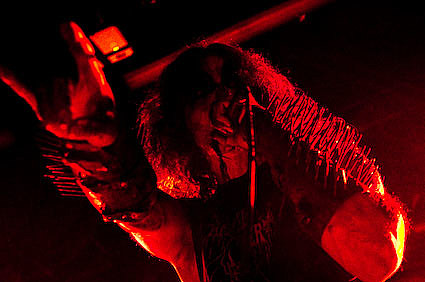 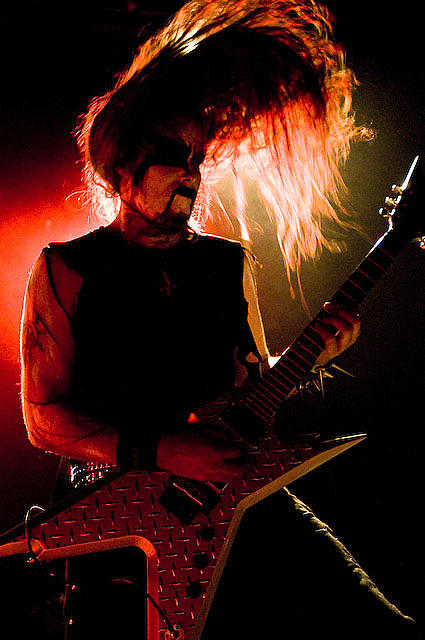 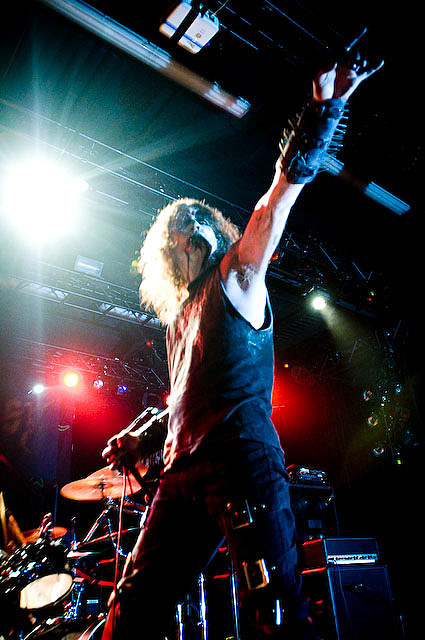 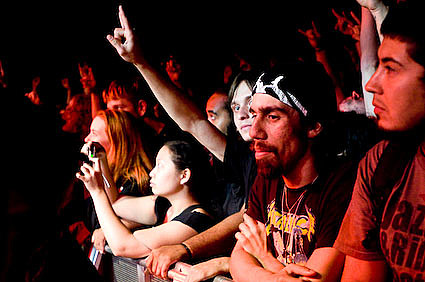 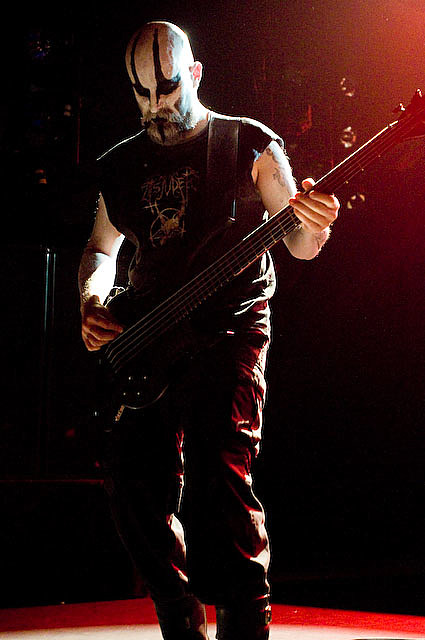 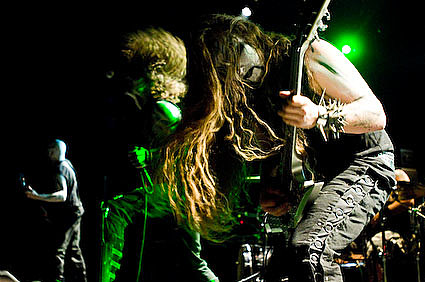 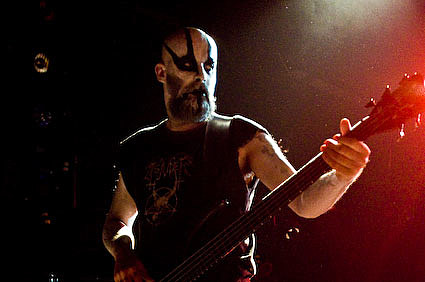 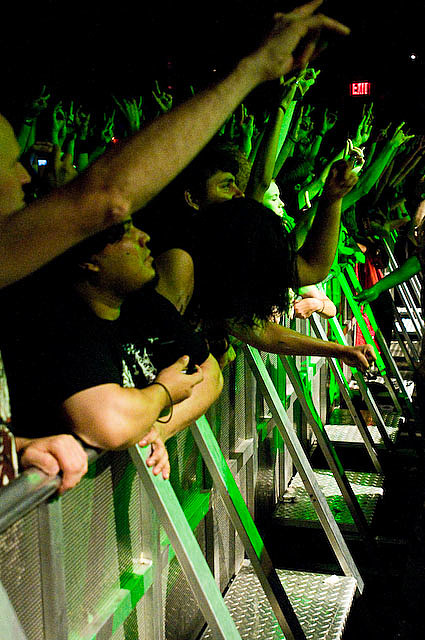 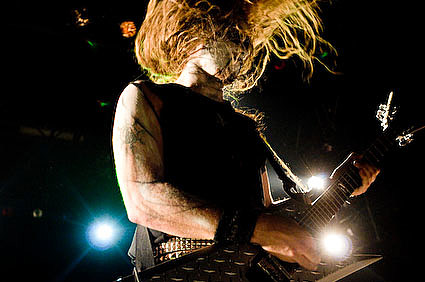 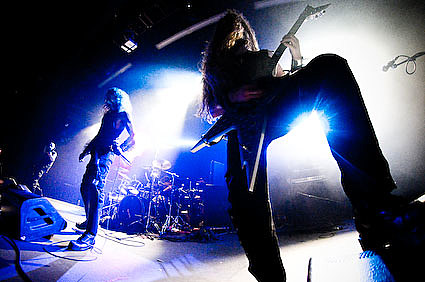 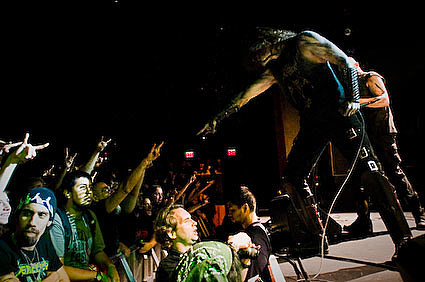 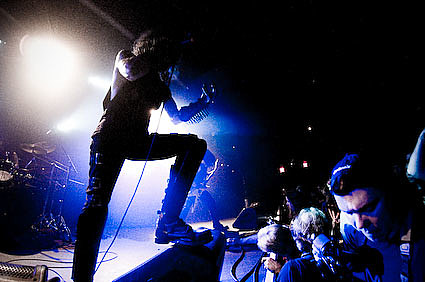 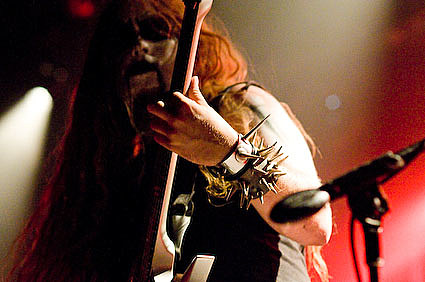 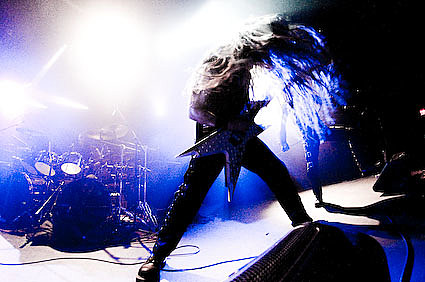 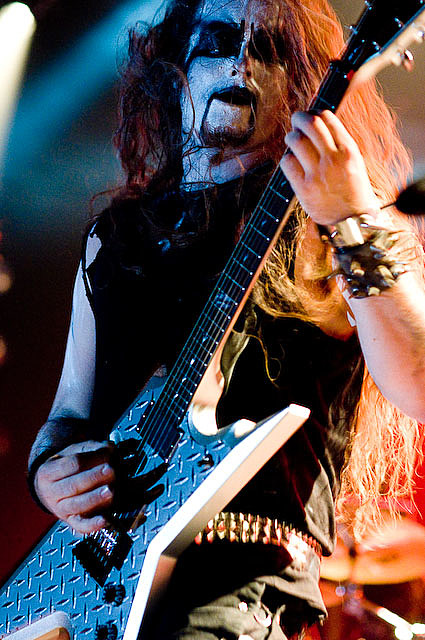 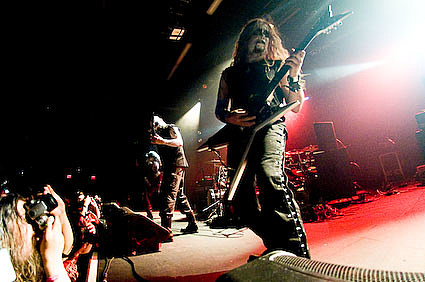