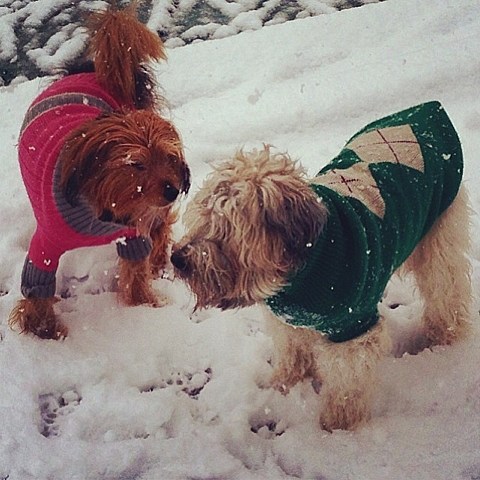 It's the first snowfall of 2014, and not only a pretty big one, but we've also been given such freezing temperatures that it's probably not going anywhere anytime soon. New York actually got it pretty easy in comparison to nearby cities, but there's still a bunch of school closings, road closings, and flight cancellations in the area. (Nothing stops the cronut line, though.) So there's a good chance you're staying in today (maybe you're shoveling, like new Mayor Bill de Blasio), and if you are, we've put together 14 snow-related songs for your first snowfall of 2014 that you can spend the day inside listening to.

The Antlers - "In The Snow"

Belle and Sebastian - "The Fox in the Snow"

Modern Baseball - "Hours Outside In The Snow"

Modern English - "After The Snow"

My Bloody Valentine - "Soft as Snow (But Warm Inside)"