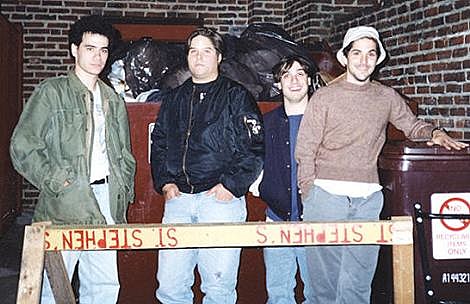 It's a common tale of post-hardcore life: Four young, angry men form a band. They write songs, break strings, and pop blisters playing the deafening music of youthful discontent, traveling the country one dank, cat-hair-filled basement at a time. Then they break up and get real jobs. Years later, some Europeans e-mail them looking for leftover T-shirts and the spark is reignited. This isn't exactly what happened to 1.6 Band, but it's pretty representative. And now, thank god, the New York quartet has hit the reunion stage of their careers. Back when Long Island was still raging against George Bush Sr., 1.6 Band was the East Coast's answer to the Minutemen--using head-spinning rhythms, shouted vocals, and flinty guitar to bring politics down to street level. -[DC City Paper]

1.6 Band have lined up a few appearances to test out those reunion waters. After a June 17th show in DC, the band will head back north to play WFMU's The Pat Duncan Show on the 18th before playing a final show at Cake Shop the next day with Memories From The Space Age and Tournament.

1.6 Band came up in the early 90s NYC hardcore scene, formed by Kevin Egan in the wake of the collapse of Beyond (a band whose other members included Tom Capone & Alan Cage of Quicksand, and Vic DiCara of 108, Burn, & Inside Out). Beyond reunited in 2006.

In 1.6 Band's short lifespan (1991 - 1993), the band released a few 7"s (including a split with the mighty Rorschach), appeared on some compilations (with the likes of Nation of Ulysses), and released an LP, all of which was compiled for a 1995 compilation on Gern Blandsten entitled Broke Up. 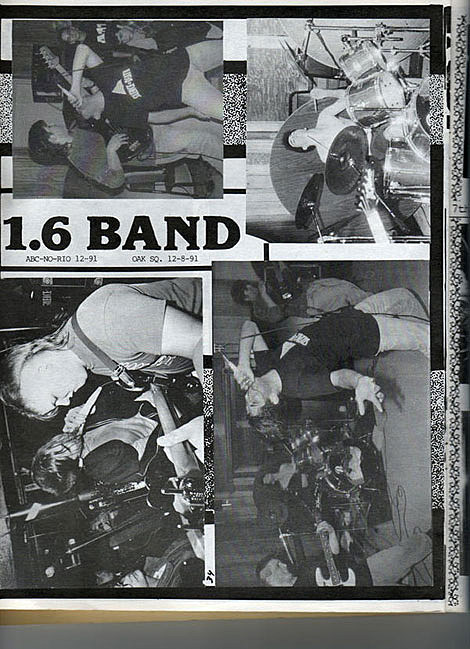