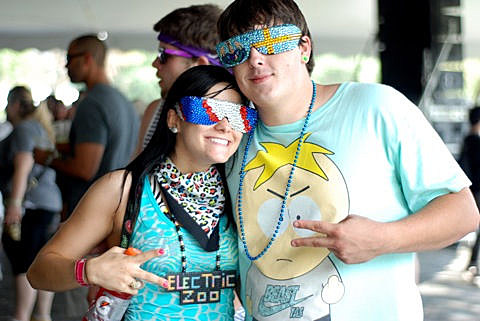 Electric Zoo faced some trouble over the weekend when two drug-related deaths and many hospitalizations led to the cancellation of day 3 (9/1). A Walk in the Park reports (via Gothamist):

A 16-year-old girl was sexually assaulted at the Electric Zoo Music Festival on Randall's Island NYC Park Advocates has learned.

The teen woke up on Friday under a van in a parking lot with her pants undone and bruises and scratches on her legs, according to several city sources.

Thirty-one people were also arrested according to the police including two felonies. Offenses ranged from drug sales, disorderly conduct, resisting arrest and possession of controlled substances.

The Electric Zoo promoters will also be offering refunds for those who had tickets for Sunday. They write on Facebook:

We will be issuing full, automatic 100% refunds for SUNDAY passes. 50% refund for 2-Day FRI/SUN passes, including 1/2 service fees. 33% refund for 3-Day FRI/SAT/SUN passes, including 1/3 service fees. We are processing refunds as quickly as possible. Thank you for your patience. For more info, http://support.frontgatetickets.com/ or call 888-512-SHOW.