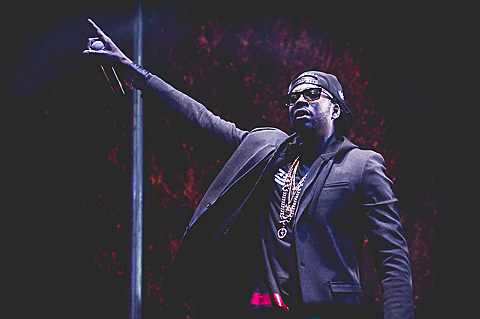 2 Chainz, now a father, is in a new FADER x Jagermeister video called Unlocking the Craft that comes out November 11:

In October, 2 Chainz and The FADER zipped off to Wolfenbüttel, Germany to the Jägermeister factory to spend time with master distiller Mr. Fritz, and mixologist Nils Boese. After 2 Chainz learned all about the herbal German liquor, he crafted his own very special cocktail. And the best part is, we caught it all on camera.

To celebrate that, 2 Chainz will play a free Brooklyn show the day before it comes out at The Green Building (11/10) (452 Union St). Watch the trailer below.

Four days later, he opens for Trey Songz in Rochester, and he has a couple other dates which are listed below. In other news, 2 Chainz joined fellow new father Chance the Rapper on stage in Atlanta last night (11/4). Video of that below too...