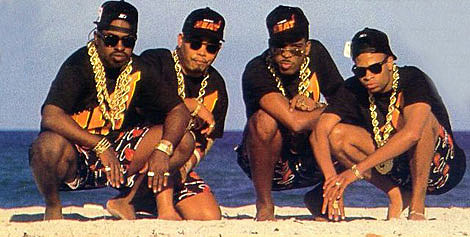 2 Live Crew are playing an official CMJ show at Santos Party House on Saturday night. Doors are at 2AM - after the Narnack showcase that Lee Scratch Perry is not playing.

2LC also played a show at SXSW in March. Since then I learned that Luther "Luke Skywalker" Campbell is doing a reality show.