OBN IIIs in Austin in January (more by Tim Griffin) 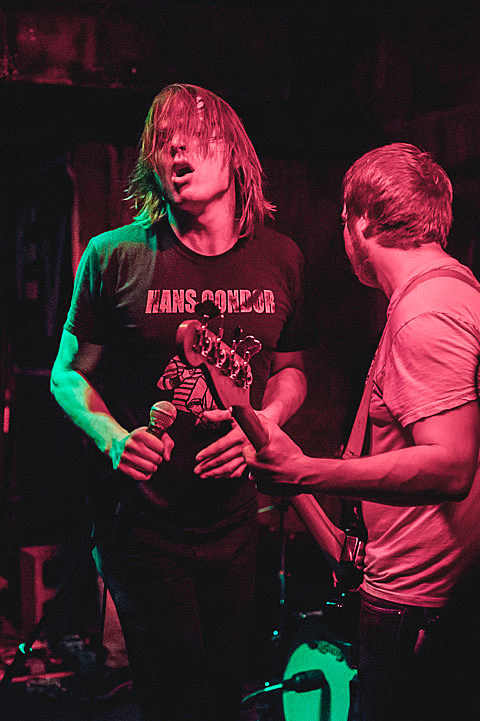 We just posted a list of 10 NYC artists we think are worth catching this week at CMJ, but CMJ is also a great time to check out bands from other cities and countries passing through for the multi-venue music fest. Hundreds of artists will be here for shows over the next five days (10/21-25), so if you're feeling overwhelmed about who to see we've narrowed things down to a list of 20 we think you should check out. Of course we'd love for you to come to the official BrooklynVegan showcase at Baby's on Saturday night (10/25) with The Jazz June, Pity Sex, Beach Slang, Cayetana and Sport, but we talked a lot about those bands here and decided to highlight 20 different ones here. Clicking on the artist name takes you to their corresponding page on our NYC Show Calendar with a list of all of their upcoming NYC shows. We also made a Soundcloud playlist featuring songs from all the bands (except Slowdive who are on Rdio) which you can stream below.

Our picks are below...

Amason: This Swedish indie "supergroup" features members of Miike Snow, Dungen, Little Majorette and more and are set to release their debut album in early 2015. It's lush pop, with more than a bit of an '70s AM Pop and bachelor pad Bond theme vibe as well. In addition to two live shows, there's an album listening party tonight (10/21) at Kinfolk Studios that's free with RSVP. [BP]

Courtney Barnett: Courtney Barnett was one of our artists to see last CMJ, when we wrote, "this CMJ will be her first trip to North America, so get your bragging rights now." Hopefully you got those bragging rights, because Courtney's way bigger this time around and returning for just one show: a co-headlining Webster Hall show with San Fermin. [AS]

Be Forest: Italian trio Be Forest are masters of mood, making swoony dreampop informed by the classics but very much in the now. The band released their second album, Earthbeat, earlier this year and if you like Slowdive, '80s-era 4AD and modern stuff like The xx, you definitely should check it out...and this week's shows. [BP]

Bully: Nashville's Bully are self-releasing an EP this week just in time for CMJ, and from what we've heard from it so far, they've got a knack for mixing pop hooks and driving punk. It sounds like something that could've been on '90s rock radio (it's a little like The Muffs) and it's good stuff. [AS]

Creepoid: Philly's Creepoid put out a full length and an EP this year which saw them doing lots of justice to '90s slowcore and shoegaze. They've already been through NYC a few times this year, including once with Dinosaur Jr and Screaming Females, where Creepoid's rockin' set was a perfect match for the two bands to follow. If you haven't caught them yet, you have a handful of chances to fix that this week. [AS]

Dilly Dally: A fun fact about Katie Monks, the brains behind Toronto's Dilly Dally, is that she's the sister of Tokyo Police Club singer David Monks. But the TPC connection isn't necessary to appreciate Dilly Dally. She makes her own excellent material, much different from her brother's band, which is lo-fi indie rock that sounds something like early Walkmen mixed with Patti Smith. Their first US show is the BrooklynVegan Friday day party at Baby's All Right. [AS]

Flowers: London trio Flowers released their debut album, Do What You Want To, It's What You Should Do, in September via Kanine. Produced by former Suede guitarist Bernard Butler, it's delicate, pretty indiepop not a million miles away from The Sundays or the first Cranberries album (or early '90s K Records). Their charms may not fully flower on first listen but reward on multiple listens. [BP]

Girlpool: The ladies of LA duo Girlpool are both in their teens and without a drummer, but they're already writing strong, confident lo-fi rock songs that deal with topics like sexuality. It's not all super serious though -- these are fun, catchy songs, and they have fun with the messages in their songs too ("It's not enough to watch a movie, eat me out to American Beauty"). They've already played two non-CMJ shows this week and have a good amount coming up so there's pretty much no excuse to not even see them once. [AS]

Happyness: Young London trio Happyness coulda dropped into American college radio circa 1999 effortlessly with a laid-back sound somewhere between Summerteeth and Terror Twilight. Knowing the difference between mellow and boring, these guys write effortlessly melodic songs loaded with all sorts of great, seemingly tossed-off asides (and at least one Prefab Sprout reference) that will have you reaching for the lyrics sheet (or wishing you had one). [BP]

Nai Harvest: UK guitar/drum rock duo Nai Harvest have some associations with Pinact (and will play right after them at the Kanine day party at Pianos on Wednesday), but while Pinact are all about driving fuzz, Nai Harvest go for cleaner sounds, slower tempos, and a few more complexities. Any fans of hooky '90s indie rock should check these guys out. [AS]

OBN IIIs: Warning: no one is safe at an OBN IIIs show, thanks to frontman, mischief-maker, sweat-machine and band namesake Orville Bateman Neeley III. He spends at least half of most shows in the crowd, stealing hats off people's heads, making others nervous and just generally messing with people. Not in a scary way, mind you, as long as you're willing to play along. OBN IIIs music is a lot of fun too, somewhere between The Hives, Thin Lizzy and Electric-era Cult. [BP] 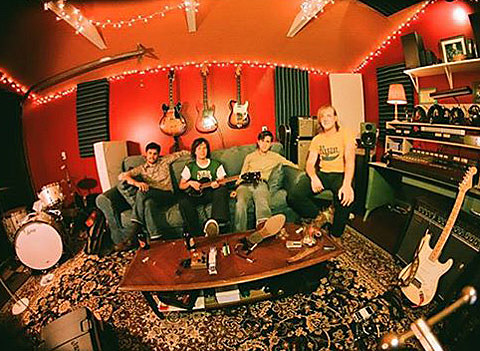 The Paperhead: It's been a while since we've heard from Nashville's The Paperhead -- 2012, when they released their terrific single "The Picture of Her Demise" -- but the band have plotted their return. The trio still worship at the alter of Syd Barrett and Pete Townshend (circa 1966) and will release their second album, Africa Avenue, via Trouble in Mind next month. [BP]

Pinact: When we first wrote about Glasgow guitar/drum rock duo Pinact, we said they may remind you of Japandroids, Solids, or fellow Glasgow band PAWS. The latter two on that list will also be at CMJ this year, and we do think you should catch those bands as well, but this is the first chance to see Pinact in NYC since they came on our radar and it's a chance worth taking. [AS]

Protomartyr: Protomartyr frontman Joe Casey is more than a little like an American version of Mark E Smith -- though the band is more like a garagey Chameleons -- with wry observations and rants about the many things that irritate him. (Most things irritate him.) This year's Under Color of Official Right is one of the year's most quotable records (and one of the best), and rips as well. Catch them at the free BrooklynVegan Friday day party at Baby's All Right. [BP]

S: Former Carissa's Weird singer Jenn Ghetto has been recording as S since before that band called it quits, but this year she put out Cool Choices, her first with a full band and a bigger sound courtesy of Chris Walla. It's a very sad, honest breakup record that sounds somewhere between Tegan & Sara and Rilo Kiley, and Walla's production will be unmistakable to fans of early Death Cab. Her only CMJ show is the Sub Pop showcase on Thursday at Knitting Factory with Obits, Protomartyr and more. [AS]

Single Mothers: Canadian punks Single Mothers put out a couple promising EPs in 2010 and 2011, and after much delay their debut LP finally came out earlier this month. It lives up, packing 10 songs of sneering punk rock in under 25 minutes. And for a band with as much raw aggression as Single Mothers, they really have to be seen live. Their only CMJ show is the BrooklynVegan day party at Baby's All Right on Friday. [AS]

Slowdive: Nobody wants to go to Terminal 5 during CMJ, it's a night-killer, so far out of the way. But there's two words in defense of this Saturday show: It's Slowdive. The shoegaze icons are only playing one NYC show on this reunion tour. Anyway, if you're going you bought your tickets months ago. Sold out, but they're taking badges...get there early if that's your plan. [BP]

Tweens: Cincinnati trio Tweens make garage rock that's peppy, poppy, and almost sounds a little lighthearted... until you see them live. They won us over earlier this year at SXSW with a thrashy, super energetic set and we can't wait to see them again at CMJ. You can catch them at the BrooklynVegan Friday day party at Baby's All Right. [AS]

Ultimate Painting: James Hoare and Jack Cooper hit it off when their respective bands -- Veronica Falls and Mazes -- were on tour together and decided to work on songs together. Ultimate Painting was born. The band's debut album has a clean, gentle vibe, showcasing the pair's ear for melody and understanding of the understated (think VU, The Bats, Jonathan Richman). You can pick the LP up at the merch table this week early (and on limited edition orange vinyl). [BP]

Also check out 10 NYC artists to see at CMJ.