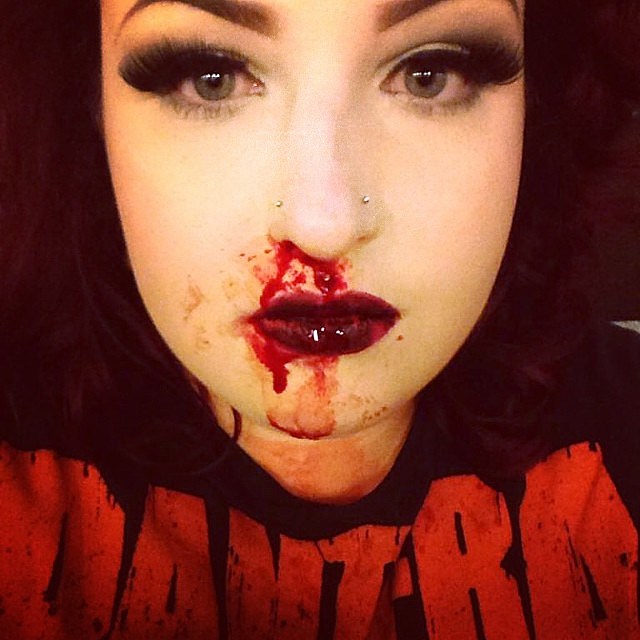 Stage diving is the hot topic of the week with Joyce Manor speaking out publicly against it happening at their shows. It reminded me of all the attention stage diving was getting after a kid died jumping off the stage at a Life of Agony show at L'Amour. I looked it up, and that kid was 18-year-old Christopher Mitchell, and the sad incident happened on Dec. 18, 1994, almost exactly 20 years ago. It resulted in charges (reminiscent of the Lamb of God situation), court cases, and made the NY Times. Not much has changed. Here's an excerpt from that 1996 NY Times article:

...Bands welcome it, and in some cases, have come to demand mosh pits, as an energizing form of feedback from the fans. Audiences have taken to it as a freeing physical release.

"The kids would mosh to Paul Anka right now," said John Dittmar, president of Pinnacle Entertainment, a New York booking agency. "It almost doesn't matter what band it is, the kids want to get out there and move around."

Ron Delsener, a New York concert promoter whose company handles events at arenas like the Roseland ballroom and Madison Square Garden, said that moshing is to the 1990's what jitterbugging was to the 1940's. "Moshing is getting out your stress and tensions," Mr. Delsener said. "America is pretty wild these days. Now it is not only, 'I touch you,' but 'I push you.' "

Victims of moshing are increasingly seeking damages for their injuries. According to Entertainment Insurance Agency, which specializes in insurance for performing artists, concert venues and promoters, claims are about six times what they were 10 years ago.

In the same year as Mr. Mitchell's death, two young men became quadriplegics as a result of moshing injuries, according to Crowd Management Strategies, and the Woodstock concert accounted for 7,000 injuries alone.

"It ranges from chaos with etiquette where the physical contact is light, to literally a raging brawl, where there are people in the pits who come to hurt people or to sexually assault women," Mr. Wertheimer said.

Those involved in the production of concerts, however, say security is usually good and that incidents associated with moshing are the exception, not the rule.

"Maybe you'll have a broken bone or two every now and then, but the real serious injuries that you see a lot of press on is not what is happening on a day-to-day basis," said Mr. Dittmar, the booking agent, whose clients include the Spin Doctors and White Zombie. "Is it a little bit more aggressive these days? Yes, but everything is more aggressive."

Read the rest in the NY Times.

Life of Agony were never the same after they witnessed someone die at one of their shows (how are Miss May I and the family of Alberto Scott doing?). LOA singer Keith Caputo (now Mina Caputo) was/is always warning the crowd to be extra careful, including at their most recent gig which was a sold out, packed house at Starland Ballroom in NJ earlier this month. Despite the warnings though, not everyone walked out of the 2014 show unscathed. The girl in the picture above suffered a bloody nose, and one dude left with blood running down his face. Neither seemed upset though, and Mina later posted: "Girl breaks nose at gig last night, Boy splits his head! Sending U both love. i Feel terrible about it! Obviously last night was incredibly amazing! Dangerous & Inspiring #LIFEOFAGONY pits R like fuckn war zones, but ironically full of love. Unreal." Love was in the air (as was bassist Alan Roberts who closed the show as usual by riding for a bit on top of the crowd).

Since our last post about bands speaking out against stagediving, others have joined in the conversation too, like The Hotelier, whose singer Christian Holden told AltPress:

I hate stage diving both as a listener and performer. When I'm playing, I don't care about the spectacle of the "wild crowd" and more so just find myself worrying if the people up front are getting kicked in the face, if the smaller folks are getting crushed and if someone is going to trip on my cable and rip the head off my bass cab or step on our pedal boards. My energy onstage correlates to the energy in the crowd, and when I see that someone is annoyed because he or she is getting crushed, it bums me out. I'd rather see peeps in the crowd yell at a stage diver or let the person fall on his or her face. There is more power in small or shy people speaking for themselves and affirming themselves in the spaces they occupy.

Andrew W.K. (who almost got sued for stagediving) and Dan Ozzi of Noisey "give you in the ins and outs on how to successfully stage dive and how to take part in a mosh pit", in the recent CoS video below...