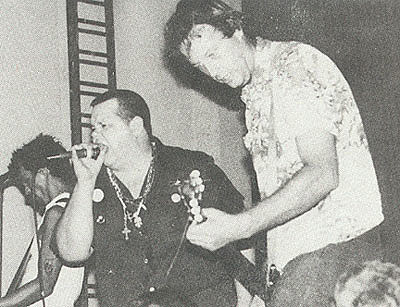 At first glance the lineup for the Dot Dash Festival seems to be full of bands you've never heard of. At second glance, well you probably still never heard of them, BUT once you read the descriptions of these mystery bands, it actually starts to seem like something pretty interesting.... 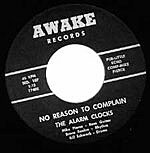 ROCKET FROM THE TOMBS - This classic 70s proto-punk band reunited for a small tour in 2003. This is their first return to NYC since then. NOTE - this is the same lineup as the previous tour, including Richard Lloyd (Television) on guitar.

ALARM CLOCKS - The 1960s band made famous by garage-punk fans with the classic Nugget, "No Reason To Complain." They've played their hometown of Cleveland and the Ponderosa Stomp in Memphis - the reports have been AMAZING.

THE DICKS - First NYC show for this classic 80s Texas punk band since their legendary "Rock Against Reagan" show w/ Bad Brains was shutdown in Central Park in 1983.