Yesterday we heard about Evan Korte's first day at the Primavera Sound Festival in Barcelona this past weekend. Here is day two.... 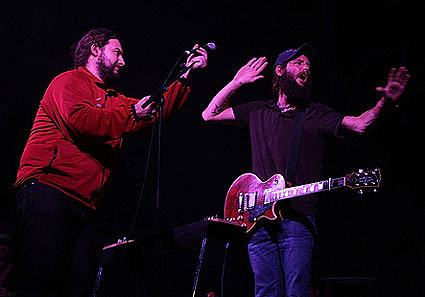 Band of Horses: I wanted to catch Blonde Redhead and Black Mountain earlier in the day, but I had errands to run and couldn’t leave my apartment until about 9. Band of Horses played a pretty rousing set on the ATP stage, despite the fact that they had horrendous sound trouble. At first the band seemed to have a good sense of humor about it. (“Our microphones are shooting at us,” joked the bassist, “we didn’t know they were loaded. I’m surprised they even let us into the country.”) But when the lead singer’s mic stopped working completely on one song, (“Our Swords,” perhaps?) he stopped the song midway, threw the mic to the ground, and got a loud cheer from the audience. The mic was immediately replaced and the band finished their set in good spirits. There were a few highlights, including “The First Song,” “Great Salt Lake,” and “Funeral.” Well done, boys. Their new album comes out in October. 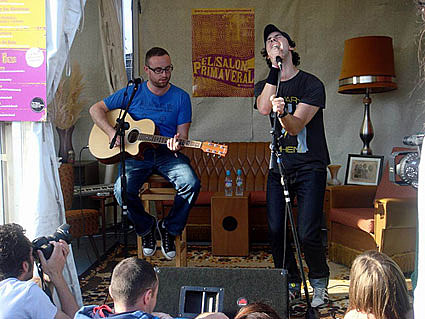 Maximo Park: Maximo Park was quite impressive. It’s clear that they are growing more comfortable as a live band. Their sound was tight and on point. Since they only have two albums, they played through almost all of their songs in about an hour and a half. The lead singer was very charming. He thanked the audience about a million times. He also made fun of himself (“Here’s another romantic song,” he said at one point, “I’m a bit of a sop.”) and begged us all to stay for Modest Mouse at midnight on the ATP stage. Both the front man and the keyboardist showed that they were just two indie kids that weren’t afraid to dance. Highlights included “Our Velocity,” “Girls Who Play Guitar,” “Apply Some Pressure,” “Limassol,” and “Going Missing.” 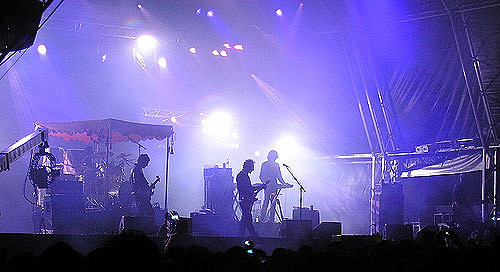 Various Artists (Loa Planetas, notably): The couple of hours spent between Maximo Park and Built to Spill consisted of much stage jumping. I was about eight hundred feet back for the last couple of songs of Modest Mouse’s set. The festival should have booked them on the “Estrella Stage” - “All Tomorrow’s Parties Stage” was definitely too small for them. What I did hear, sounded pretty good, and surprisingly dancey. Then I met up with some friends at Girls Against Boys, and stayed for the first couple songs of Low's set (nice, but too slow for one o’clock in the morning). Next I went with some Spanish friends to see Los Planetas, a band that I had never heard of, but are legends in their native Spain. They blew me away. They’ve been around since the early 90’s and you can tell that they were a part of the shoegaze scene of that time. There was lots of reverb on the guitars, and fuzzy vocals. They're similar to My Bloody Valentine, Ride, and early Verve. I strongly recommend them to anyone who likes shoegaze. 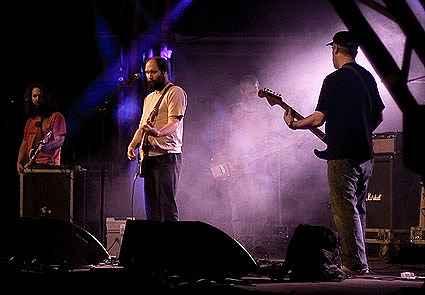 Built to Spill: The 3 am Built to Spill show was my last of the night. They played at the “All Tomorrow’s Parties Stage” and were unfortunately plagued by heavy sound problems. The sound people at the ATP stage had better get their shit together next year. Still, they made the best of it and played a great set. The members of the band may look like cavemen (no offense), but they have been around for almost fifteen years for a reason. They are fantastic musicians who play muscular guitar rock - all around good music that can be enjoyed by anyone. They may not be the most charismatic band in the world (I never heard Doug Marsch say anything beyond “Thanks” and “This is our last song”), but they sure do know how to floor people with their tight jamming. I debated staying around for Diplo who went on the CD Drome techno stage at 5, but my legs weren’t having it.

Tune in tomorrow for the exciting conclusion. More Primavera photos below.... 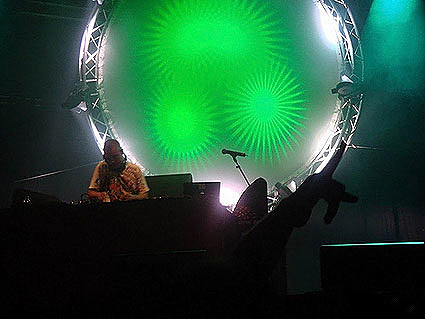 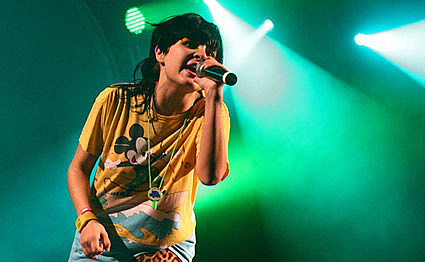 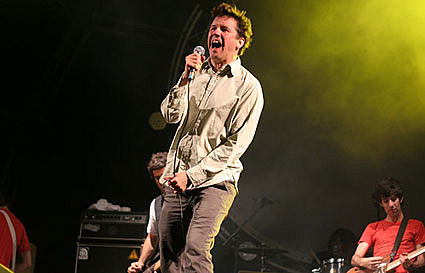 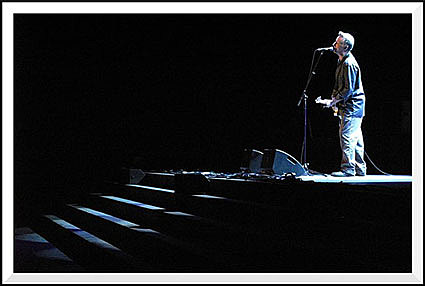 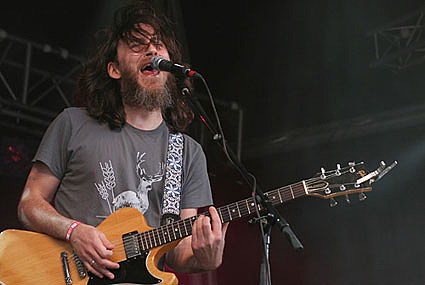 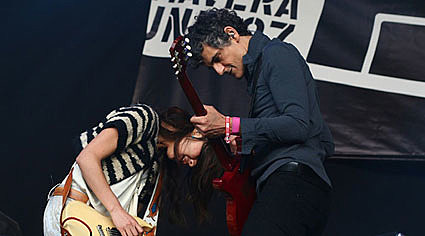 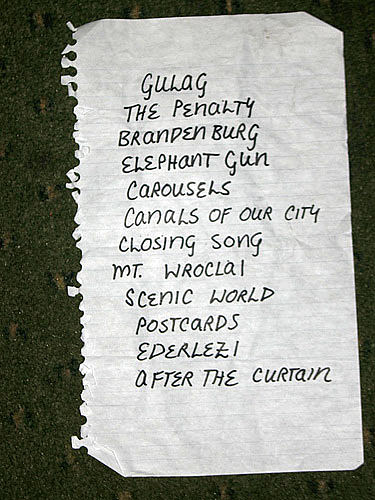