Evan Korte reports back from Barcelona this past weekend... 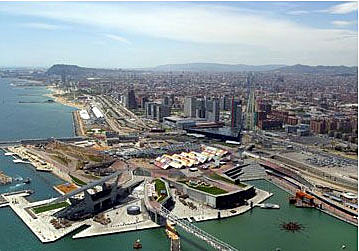 My name is Evan. I’m a student at SUNY Purchase, which is a half an hour outside of New York City. I just finished studying abroad in Barcelona. A couple months ago, I booked tickets to the Primavera Festival. The location of the event is stellar. Not only is it in Barcelona, one of Europe’s best cities, but it is at Barcelona’s Forum, quite close to the beach and the ocean. There are two huge stages “Estrella Damm”, and “Rockdelux”), one above average stage(“All Tomorrow’s Parties” or ATP) and a few smaller stages focusing mostly on techno. All three of the main stages are ingeniously designed, with ample room for both standing up front and sitting back on grassy fields, with a beer in hand, watching the performers from the jumbotrons. After the hour or so wait to get my pass, my first concert of Primavera was Smashing Pumpkins. 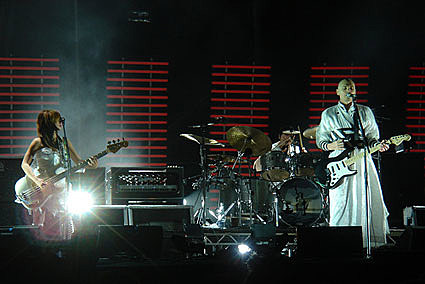 The Smashing Pumpkins: I’m only 21 years old, so the Smashing Pumpkins were a bit before my time. They definitely have some good songs, but to tell you the truth, Billy Corgan’s voice has always gotten on my nerves. Nevertheless, their reunion tour is a pretty huge deal and I had to check them out. The band came out in those crazy alien outfits that you all have probably already seen. The new bassist is gorgeous. I guess Corgan has a thing for hot bassists. From what I could tell the new members played competently, but didn’t blow me away. The band played a pretty balanced set of new and old material, including “1979,” “Tonight, Tonight,” “Today,” “Zero” and “Disarm.” They rushed through a couple of songs and definitely seemed to be under-rehearsed at times, but when 80,000 people from around the world are singing along and jumping up and down, it’s hard to be negative. It was a nice start to an amazing festival. 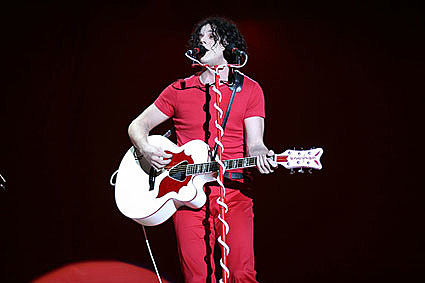 The White Stripes: Can we all just bow down to Jack White? Even when he’s giving people black eyes and cursing out radio DJ’s over leaked albums, the man can do no wrong. He is definitely the biggest rock star of my generation, hands down. The White Stripes played an absolutely electrifying set at 1:15. There were a few new songs thrown into the mix (“Icky Thump” was my favorite, since I’ve heard it at least five times and now place it among my favorite White Stripes tracks) but they played mostly older stuff from White Blood Cells and Elephant. Jack was in top form, wailing monstrous solos on his guitar, singing his heart out and talking a bit with the audience. He thanked us for letting them “try out” the new songs. It definitely says something about your stage presence when most of your audience doesn’t understand the lyrics, but they are still going crazy. They ended with “Seven Nation Army,” and the crowd could not have been happier. Highlights include “Black Math,” “Blue Orchid,” “Jolene,” “I Think I Smell a Rat,” “We’re Going to Be Friends” “Icky Thump” and “Seven Nation Army.” I can’t wait for the new album. 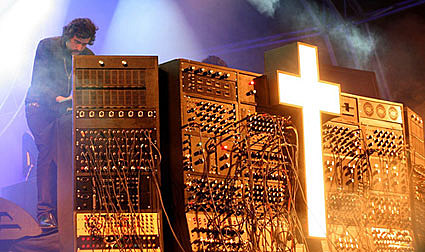 Justice: The White Stripes ended about three quarters of the way through Justice’s set. I didn’t get to hear them spin “D.A.N.C.E.” which is a shame because that is one of my favorite tracks at the moment. But they did play an extended version of that really cool remix of “We Are Your Friends” by Simian. It was impossible to resist dancing. 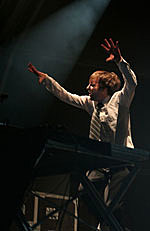 Girl Talk: His DJ set was definitely one of the highlights of the festival. Not only did he play his insane hip-hop/rock mash ups, he was dancing like a maniac. It’s clear that this man has every intention of making sure that his DJ sets are the most happening parties around. You’d be hard pressed to find anyone there that wasn’t thoroughly enjoying themselves-getting down until their feet were sore. My favorite mash up of his was Biggy’s “Juicy” vocals over Elton John’s “Tiny Dancer”. At the end of the set he jumped down from the stage and was passed back and forth by the audience for at least three minutes. It was insanity. The crowd must have dropped him at least twice, and he had a pretty sizeable scratch on his back to prove it. God bless you Greg Gillis. By the time he ended it was about 4:30 and I decided to catch the metro home and rest for the jam packed second day.