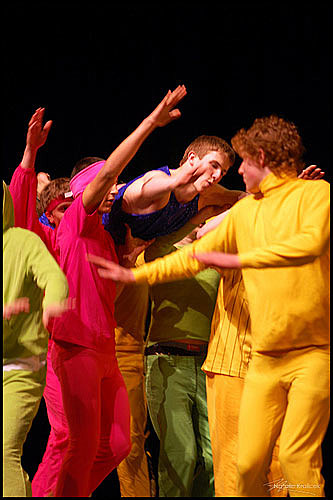 This year marks the 20th year since Trudie Styler and her husband Sting took their first trip to the Brazilian Rainforest and their commitment began. What subsequently followed was the founding of the Rainforest Foundation Fund. On May 8th they celebrate another milestone, the 15th RFF "Some Kinda Legacy" Benefit Concert at the eminent Carnegie Hall followed by a gala dinner in the newly restored legendary Plaza Hotel's Grand Ballroom. Billy Joel, James Taylor, Sting, Brian Wilson, Chris Botti, Feist, celebrated French operatic tenor Roberto Alagna, cellist Natalie Clein plus some very special musical family members along with many more special guests will perform one night only on behalf of the Rainforest Foundation Fund. MacAndrews & Forbes, one of the RFF's longest-running corporate supporters will be joined this year by Crate and Barrel as the evening's Co-Sponsors.

To celebrate the achievements of The Rainforest Foundation Fund and to raise awareness of its mission, Crate and Barrel's Madison Avenue windows in New York City will feature images of inspiring success stories from the world's rainforests and a special once in a lifetime "All Access" Concert/Gala experience will be auctioned off on www.CharityBuzz.com beginning March 27 - April 10th. This remarkable, unprecedented package includes access to an exclusive closed-set dress rehearsal, a private box at Carnegie Hall, a table at the Plaza Hotel's Grand Ballroom for the after-show gala, plus much more!

"Once again I have the great privilege of producing an all-star line-up for the Rainforest Foundation benefit at Carnegie Hall," said Trudie Styler. "It is a tremendous thrill for me to work with so many responsible and generous artists, who all step up with such grace to make this show one of the most unique and talked-about concerts of the calendar. What inspires us all to keep participating in this regular event is recognizing the importance of taking care of our precious planet, and working to protect it from further degradation. The money we raise will improve the lives of so many indigenous people - giving them safer water, protected homelands and a sustainable future - and in turn will make us all the beneficiaries of a healthier planet."

Created in 1989, The Rainforest Foundation Fund did not emerge out of an abstract concern or theory about the environment or indigenous peoples. It began because an indigenous leader asked for Trudie Styler and Sting's help. They agreed to involve themselves tirelessly in support of that call because they understood that the threat to the home of those indigenous people was part of a larger threat to all of us, and our future. Over the years, many of the objectives of the Rainforest Foundation Fund, and the national organizations - RFF Norway, RFF UK, RFF USA, which now covers three continents, Asia, Africa and the Americas, have been successfully achieved. However, the work is far from over as they continue to focus on crucial issues such as land rights, security, natural resources management, community and organizational development, cultural revitalization, protection of human rights and supporting the indigenous people.

According to RFF International Chairperson, Franca Sciuto: "Whatever success we achieve is in large measure the success of those who are at the forefront of the struggle to protect their land, their rights, their lives, the indigenous peoples and tribal populations of the world to whom we renew our commitment. Our thanks go to Sting and Trudie for their continued support, to our supporters and donors." For more information please visit the website at www.rainforestfoundationfund.org