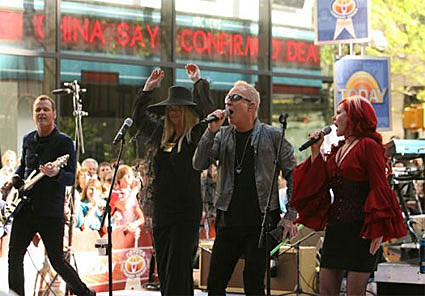 The Today show hosts free outdoor "concerts" at 7:00am on Fridays at Rockefeller Center in NYC. This past Monday (Memorial Day) was the B-52's who have a new album out called Funplex. The bizarro-world videos from that performance and interview, and the rest of the 'TODAY Toyota Concert Series' 2008 summer schedule below.....

Coldplay are also playing a free show at MSG.

Donna Summer has a new album out.