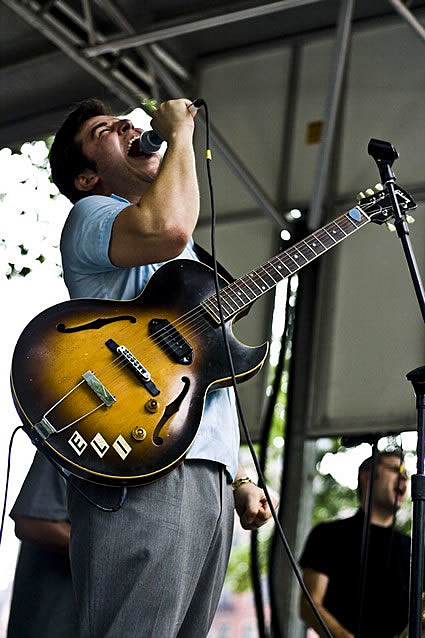 The Brooklyn Soul Festival will take place at the Bell House on August 28th and 29th. Acts on the bill include Otis Clay, Barbara Lynn, Maxine Brown, Roscoe Robinson, and Hermon Hitson.

Two nights of full sets from legends of soul music from around the country, rarely seen individually, never before on the same bill together - backed by two of the most in-demand bands in soul music today. Before and after the live performances, top soul DJs from around the world (Germany, UK, Georgia, LA, and NYC confirmed so far) will spin the finest 45s for the dancefloor. Vintage clothing and record fair the afternoon of day 2! On the first night, Eli "Paperboy" Reed & the True Loves will be the backing band (as well as playing some new songs from their forthcoming Capitol Records album), and on the second night, the Sweet Divines will be the backing band (as well as doing their own set).

Tickets for Day 1, Day 2 and two-day passes are now on sale. Full lineup, flyer, and some videos below... 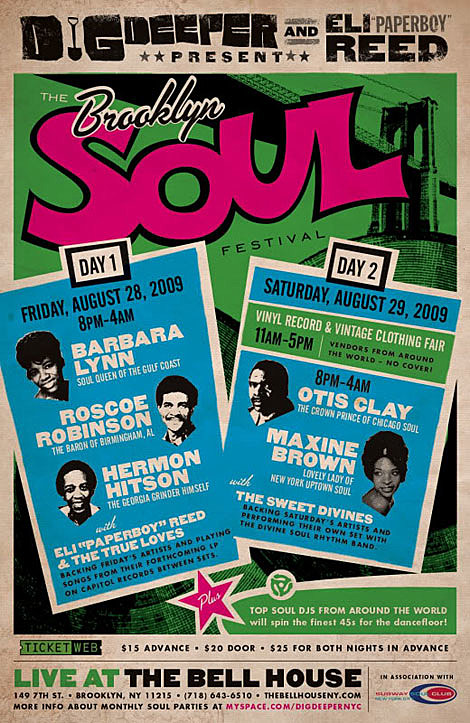 Day 1: Friday, August 28, 2009
8pm - 4am
Barbara Lynn (The Soul Queen of the Gulf Coast)
Roscoe Robinson (The Baron of Birmingham, AL)
Hermon Hitson (The Georgia Grinder himself)
Friday's artists will be backed by Eli "Paperboy" Reed & The True Loves, playing songs from their
forthcoming LP on Capitol Records between sets.