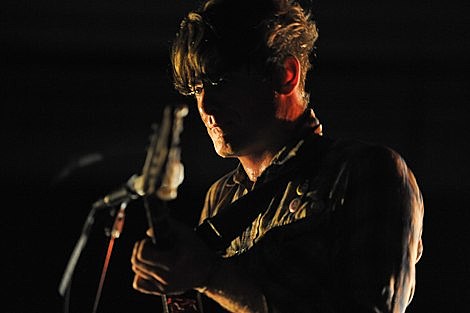 San Francisco pals Thee Oh Sees and The Fresh & Onlys, who both made an appearance at the Woodsist/CT Fest on July 4th, are touring this fall. Their tour dates include NYC shows at the Bell House on Friday, October 9th and a Mercury Lounge show the day before on Thursday, October 8th. Tickets to the Mercury Lounge show are now on AmEx presale. General sale starts Friday, July 10th at noon. No Bell House tix yet.

Thee Oh Sees' next NYC appearance will be on Saturday, July 18th when they play as part of the free Siren Festival in Coney Island. To be more exact, they'll be playing on The Stillwell Stage at 3:30 PM. Siren's set times were just announced. Check them out below.

John Dwyer...pulled some serious rock moves [July 2nd] during a short and sweaty Oh Sees set: chomped microphones, climbed stacks, cut his knee open, and smashed the fuck out of that lovely green flood light with the headstock of his guitar.

But before all this happened, me and about twenty other people got approached by some circling van cops and told to produce IDs. Never a good sign, right? We all got summonses for "blocking the bike lane" outside Glasslands! I don't know about anyone else, but in my case, unless that bike lane is on the sidewalk thirty feet away from the venue entrance, that's bullshit. Damned quotas... they smelled blood when they saw a congregation gathered on an otherwise empty stretch of Kent and cruised down looking to bust people. They got someone for open container early, but the rest was just crap.

Worst of all, the cops tried to make it sound like it was the people using the bike lane that complained about the crowd, but no one was in the street until the NYPD showed up and started taking peoples' IDs!" [Chief] 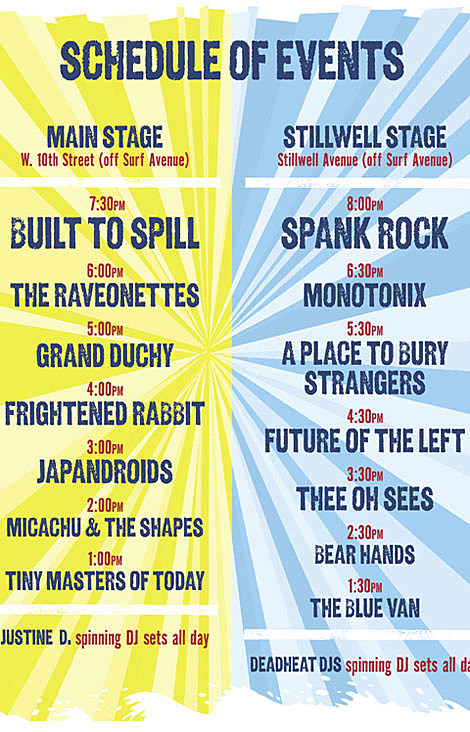