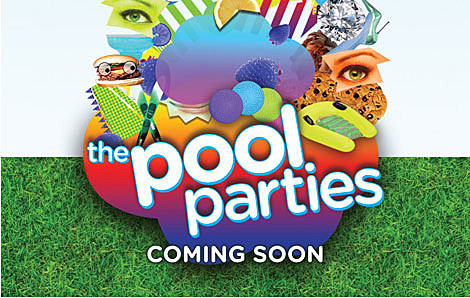 With Brooklyn's McCarren Park Pool ceasing to exist as a music venue in 2009, JellyNYC has moved their Sunday "Pool Parties" to the Williamsburg Waterfront. I believe the free shows will run for eight Sundays starting July 12th, and that the venue will be used for non-free concerts as well. The official announcements are probably coming any second. In the meantime, this is what we know so far....

Except for Dirty Projectors, none of this is really official yet (UPDATE: See, even that date wasn't kosher - updated correct info above), so don't make travel plans. Maybe you can consider the Dan Deacon show official, and probably Magnolia Electric Co... Update: Mission of Burma is probably confirmed too.

I also threw in a bunch of guesses on top of what I've heard. Passion Pit, Of Montreal, Ra Ra Riot, Santigold, and The Hold Steady were some guesses. My other guesses for bands playing the free shows are Gang Gang Dance and Bat For Lashes. What are yours?

UPDATE: Girl Talk is a good guess semi-confirmed, so I added it. Passion Pit & Of Montreal were bad guesses, so I removed them.