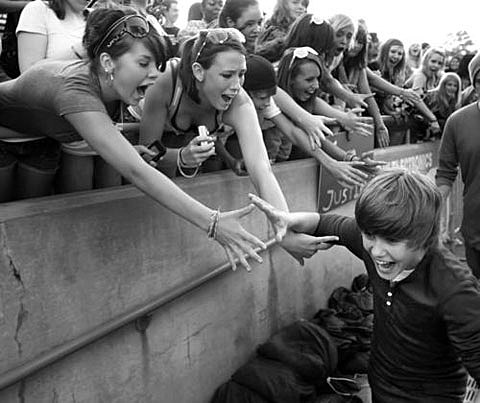 The pop star-heavy schedule for this year's free Toyota-sponsored Today Show concerts that bring screaming fans and tourists to Rockfeller Plaza on Friday mornings at 7am, has been announced. The shows kick off with Sting on May 14th (that one should be fairly subdued), and continue with people that include Maroon 5, Maxwell, Lady Gaga, Ke$ha, Justin Bieber (this one will be completely nuts), ....Full lineup, more info and and other Sting shows below...

How can I go to a TODAY concert?

Fans and visitors are encouraged to join us on the plaza for the live performances. Viewing is on a first-come, first-served basis outside TODAY's window-on-the-world studio, located at 49th Street and Rockefeller Plaza in New York City. Fans should arrive by 6 a.m. for best viewing.

Sting is also touring with the Royal Philharmonic Concert Orchestra this summer and they play two nights at Metropolitan Opera on July 13th and 14th (plus NYC-area shows at Jones Beach Theater and elsewhere). Tickets are still on sale.