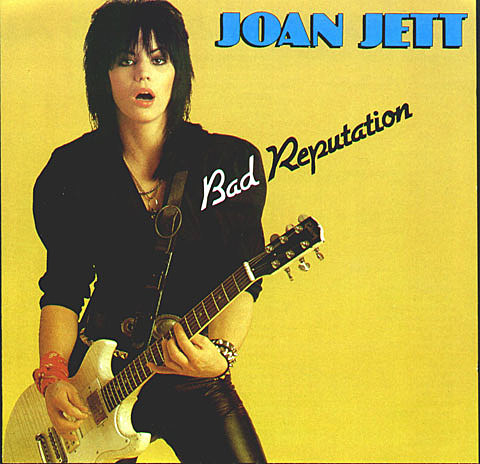 Though no longer in Asser Levy Park (for now), Brooklyn Borough President Marty Markowitz returns for the 33rd time with his Seaside Summer Concert Series in Coney Island in 2011. Now located at West 21st Street and Surf Avenue (next to the home of the Brooklyn Cyclones), there will be free shows every Thursday through August 18. All shows start at 7:30 PM.

The series kicks off right on July 14 with a free show by Joan Jett and the Blackhearts, and ends with one by Cheap Trick! Full schedule, mystery night included, and more info, below... 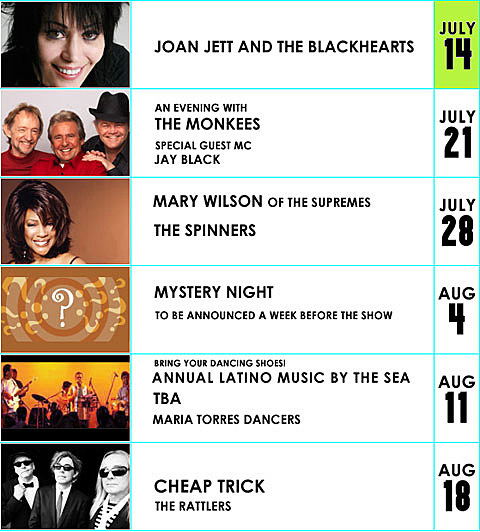 July 14 - Joan Jett and the Blackhearts
July 21 - An evening with The Monkees with special guest MC Jay Black
July 28 - Mary Wilson of The Supremes, The Spinners
Aug 4 - Mystery Night TBA a week before the show
Aug 11 - Annual Latino Music by the sea, Maria Torres Dancers
Aug 18 - Cheap Trick, The Rattlers

The 33rd Annual Seaside Summer Concert Series performances are held Thursday nights
7:30 pm
at
West 21st Street
and
Surf Avenue
in Coney Island
next to the home of the Brooklyn Cyclones

The public is encouraged to bring their own chairs.
A limited number of
$5 rental chairs
in a specially designated
area are available
on a first-come
first-served basis.

Performers are subject to change without notice.Call the concert hotline for updates at 718-222-0600

NO cameras,
NO audio
or
video recording,
NO alcohol,
NO pets, NO bottles
NO smoking
All persons and packages are subject to search prior to entry.