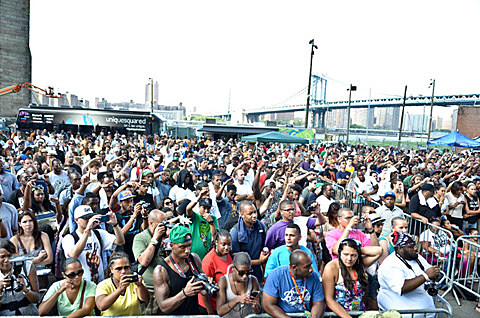 The 2012 Brooklyn Hip Hop Festival runs from Monday, 7/9 (tonight) through Saturday (7/14). As mentioned, Busta Rhymes is headlining, but since we last spoke, more artists have been announced. The fest kicks off tonight at Brooklyn Bowl with a stacked lineup of Freeway, Young Guru, Evitan, 1982 (Statik Selektah & Termanology), REKS, and more. Tickets for that show are still available. Festival passes will only be accepted between 8 PM - 10 PM.

On Thursday (7/12), Public Assembly will host "Salute the DJ," with sets from DJ Chuck Chillout, DJ Sucio Smash, Ralph McDaniels, M. Will, KJ, and DP One. Tickets for that are available.

There will also be film screenings, symposiums, and more. Check out the full schedule.

A video of Busta talking about his plans for this year's BHF is below...