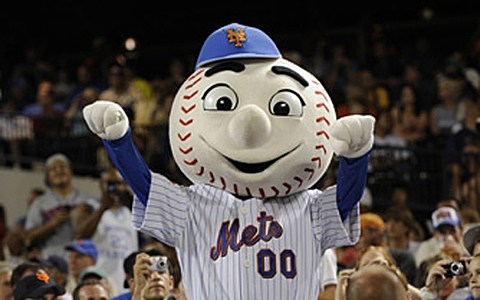 Like they did this past season with Nas and others, the Mets will have a few post-game concerts after select home games at Citi Field. It was just announced that 50 Cent will play after the June 14 Mets-Padres game, following previous announcements that Huey Lewis and the News play after the July 12 Mets-Marlins game and Boyz II Men play August 16 after the Mets-Cubs game. There's still one more concert TBA for after the September 27 game. "Tickets for post-game concerts are on sale now at Mets.com and (718) 507-TIXX. Admission to the concert is included in the price of the game ticket."

Maybe it's not your #1 way to see a show, but if you're a baseball and music fan and you go to a few games a year, why not pick the one that comes with a free 50 Cent or Huey Lewis concert? Who really wants another bobblehead anyway?

And speaking of sports-related concerts, a bunch of Super Bowl weekend shows were just announced.