Bonnaroo 2015 is this week with four days of music and comedy from Thursday (6/11) through Sunday (6/14) in Manchester, TN. For those who can't make it, you'll be able to watch many of Bonnaroo's performers right here on BrooklynVegan.com via three different video channels. Live streaming begins Thursday at 7 PM Central (6 PM Eastern) and sets being broadcast over the four days include Courtney Barnett, Against Me!, Belle & Sebastian, My Morning Jacket, Billy Joel, D'Angelo & the Vanguard, Jamie xx, The War on Drugs and many more. Full list of confirmed streaming Bonnaroo performances below.

While there won't be any Bonnaroo comedy sets streaming, Comedy Central has put together a Spotify playlist of bits from many of the comedians peforming at the fest this year, including Chris Hardwick, Jeff Ross, Kurt Braunohler, Reggie Watts, Michelle Wolf and more. Stream that below. 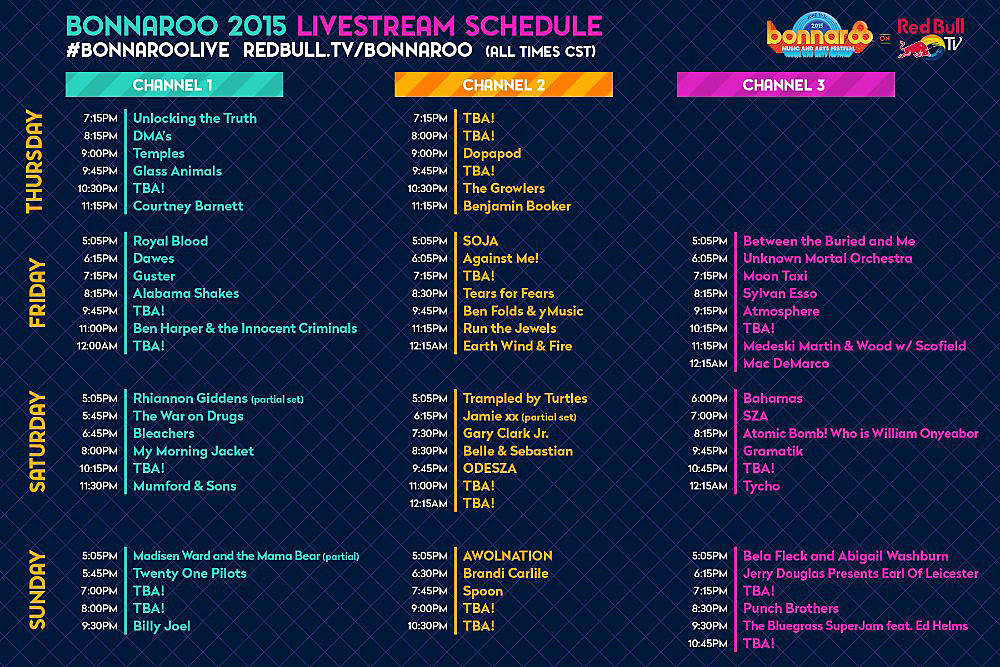