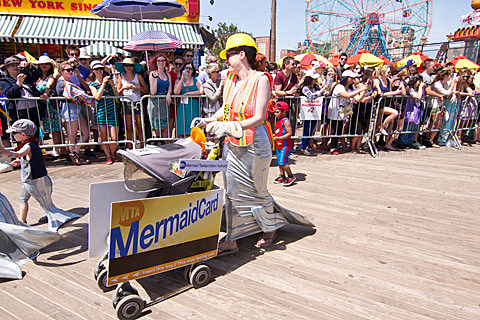 The 33rd Annual Coney Island Mermaid Parade happens Saturday, June 20 and this year's King and Queen are husband-and-wife freakshow/burlesque performers Mat Fraser (who was on the last season of American Horror Story) and Julie Atlas Muz (who has, among other things, performed at the Whitney Biennial and has opened for Psychic TV). The Parade starts at 1 PM and goes from West 21st and Surf Avenue, rolling to West 10th Street, then to the Boardwalk and finishing at Steeplechase Plaza. If you'd like to be in it, you can register through June 18. Unfortunately there is no Mermaid Ball afterparty this year. Poster for this year's Parade is below. 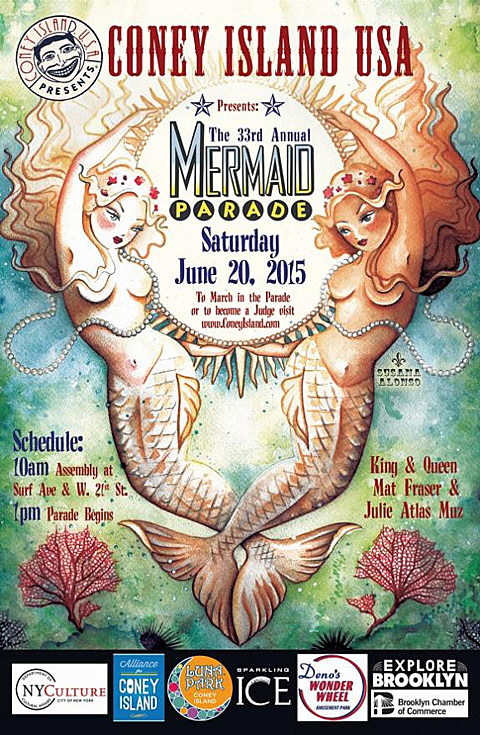 Thursday, July 2 - vs. Hudson Valley - Back to the Future 30th Anniversary - Post-Game Fireworks