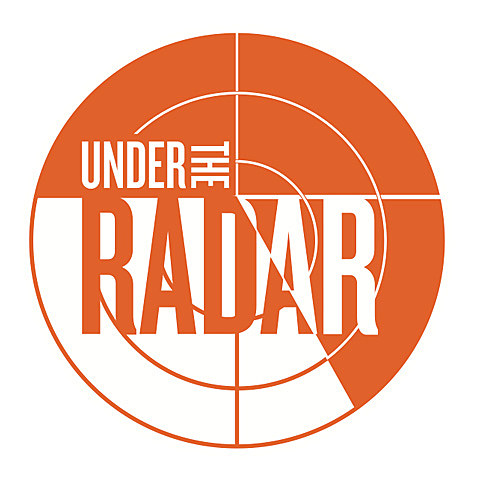 Over the last 11 years, The Public's UNDER THE RADAR FESTIVAL has presented over 181 companies from 39 countries. It has grown into a landmark of the New York City theater season and is a vital part of The Public's mission, providing a high-visibility platform to support artists from diverse backgrounds who are redefining the act of making theater. Widely recognized as a premier launching pad for new and cutting-edge performance from the U.S. and abroad, UTR has presented works by such respected artists as Elevator Repair Service, Nature Theater of Oklahoma, Gob Squad, Belarus Free Theatre, and Young Jean Lee. These artists provide a snapshot of theater today: richly distinct in terms of perspectives, aesthetics, and social practice, and pointing to the future of the art form.

The 2015 Under the Radar Festival, which presents theater from around the world, happens here in NYC from January 7 - 18 at the Public Theatre, La MaMa and New York Live Arts. Among this year's selections is Reggie Watts doing Audio Abramović, where "In an attempt to channel the illusory presence of the artist, avowed disinformationist Reggie Watts invites you to sit across from him. But just for five minutes." That happens at The Public on January 14 (8 - 10 PM) and January 16 - 18 (7 - 9 PM) and is free, with tickets being distributed on the day of the performance on a first-come, first-served basis. The line will begin one hour prior to the performance.

Other UTR selections include Toshi Reagon performing songs from her in-the-works opera Octavia E. Butler's Parable of the Sower which runs at The Public: Anspacher Theater from January 10-18. There's also a festival within the festival called Incoming that showcases new works.

Tickets to all Under the Radar shows and performances are on sale now and full schedule is listed, along with a trailer for the festival, below.

2015 UNDER THE RADAR FESTIVAL

The Cardinals
The Public: Martinson Hall
January 12-18
Three cardinals are on an evangelical mission to broaden knowledge of the Bible - through their traveling puppet theater. But when their puppets go missing, they must take to the stage themselves. With the assistance of their ever-tolerant female Muslim stage manager, they race through key scenes from the Bible, famous incidents from the Crusades, and finally bring us to the contemporary Middle East. With their trademark humor and ingenious approach to form, Stan's Cafe brings us a hilarious and strangely moving reflection on faith, belief, and theater.

Cineastas
The Public: Martinson Hall
January 7-11
Mariano Pensotti's "filmic drama" threads together the lives of four filmmakers over the course of a year in Buenos Aires. In this intricate portrait of a city and its inhabitants, a handful of actors fluidly shift between the characters' real lives and their films on an elaborate split-screen set. By adapting cinematic techniques--voice-over, cross-fades, long takes--Pensotti crafts an epic tale of love, money, work, and art. Do our fictions reflect the world, or is the world a distorted projection of our fictions?

Timeloss
The Public: Martinson Hall
January 16-18
2004: the young Iranian theatermaker Amir Reza Koohestani makes his international debut with Dance on Glasses, a subtle and candid portrayal of the end of young love. 2014: Koohestani creates a fictionalized reunion of the actors from Dance on Glasses. Having separated in the intervening years, they must confront the distance between their personal biographies and collective histories in this intimate portrait of Iranian life.

Octavia E. Butler's Parable of the Sower: The Concert Version
The Public: Anspacher Theater
January 10-18
Singer-songwriter-guitarist Toshi Reagon brings her genre-bending music and irresistible performance style to Under The Radar with a work-in-progress concert of her new opera, written in collaboration with Bernice Johnson Reagon. The Parable of the Sower, adapted from Octavia Butler's post-apocalyptic novel, follows a young woman fleeing the violence of a futuristic Los Angeles in this fable that blends science fiction with African-American spiritualism and deep insights on gender, race, and the future of human civilization.

A (radically condensed and expanded) Supposedly Fun Thing I'll Never Do Again
--after David Foster Wallace
The Public: Anspacher Theater
January 7 - January 16
Tennis balls fly as four actors wrestle with the relentless rush of words streaming from their headphones. Part sporting event, part theatrical séance, A Supposedly Fun Thing... draws exclusively from audio recordings of writer David Foster Wallace, mixed live during each performance. Wallace's work, as translated by Daniel Fish and the performers, asks us: how present can we be? How generous in the way we experience the cacophony of our world?

The Triumph of Fame
The Public
January 9 - January 18
In this one-on-one experience inspired by the Italian poet Petrarch's "i Trionfi," Swiss choreographer Marie-Caroline Hominal welcomes her guests backstage to a hidden corner of the Public Theater, where she creates a vulnerable moment of intimacy between spectator and performer.

A 24-Decade History of Popular Music: 1900-1950s
New York Live Arts
January 13 - January 17
Taylor Mac is accompanied by a live band, dancing beauties, and special guests in his unique mash-up of music, history, performance, and art. As part of the Under the Radar Festival, Mac will cover the first three decades of the 20th century in one evening. These performances are part of Mac's A 24-Decade History of Popular Music: 1900-1950s, culminating in a six-hour, six-decade marathon performance on January 25. Eventually, this work will become a 24-hour spectacle covering the last 240 years of popular music in America.

The Commentators
The Public: Ford Foundation Lobby
January 16, 6:30 - 10:30pm
Once stalwarts of the radio, whose voices brought major sporting events into the nation's living rooms, The Commentators have fallen on hard times. Now commentating on anything and everything, they say it as they see it - all the world as sport. They now bring their very special skills to the lobby of the Public Theater, where they will carefully relay the evening's events to live and online audiences around the world.

REGGIE WATTS: Audio Abramović'
The Public
January 14, 8 - 10pm
January 16 - 18, 7 - 9pm
The performer is present. In an attempt to channel the illusory presence of the artist, avowed disinformationist Reggie Watts invites you to sit across from him. But just for five minutes.
Tickets are free and will be distributed on the day of the performance on a first-come, first-served basis. The line will begin one hour prior to the performance.

The Power of Emotion
La MaMa Club
January 11, 4pm & 8:30pm
Inspired by theories of acting, opera divas, and the emotional grammar of performance, The Power of Emotion is a new work about the form and force of affects and emotions on the stage.

The Orpheus Variations
La MaMa Club
January 10, 4pm & 8:30pm
Inspired by the Orpheus myth and the neuroscience of memory, the Deconstructive Theatre Project collides cinema, radio play, and theater vocabularies into an art-house film created and screened in real time.

The Most Important Thing
La MaMa First Floor Theatre
January 11, 5:30pm & 10pm
Comedian Daniel Koren is in search of the most important thing. Together with a virtual choir of alter egos, Daniel redefines musical comedy.

Changing Night
La MaMa First Floor Theatre
January 8, 4pm & 8:30pm
Hip-hop poetry trio The Mighty Third Rail, and the innovative PUBLIQuartet join forces in a mash­up of strings, verses, and beat­boxing. The worlds of classical music and hip-hop collide in a sci-fi narrative that reimagines the Garden of Eden story and questions the nature of change and the survival of humanity in a world consumed by technology.

The Art of Luv (Part 1)
La MaMa Club
January 9, 4pm & 8:30pm
On May 23, 2014, Elliot Rodger killed 6 people and injured 13 in a rampage motivated by his lack of success with women. Royal Osiris Karaoke Ensemble seeks to treat this wound to the body of Love with a group meditation on masculinity, insecurity, and longing - performing humanity's common search for Love as we misunderstand it.