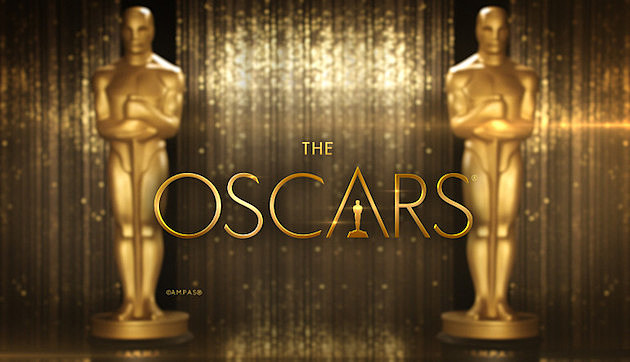 Nominations for the 88th Academy Awards were just announced, with Golden Globe winner The Revenant leading the pack with 12 nominations, and Mad Max: Fury Road following closely behind with 10 nominations. In the Best Song category, J. Ralph and Antony Hegarty's "Manta Ray" from Racing Extinction was nominated, as was The Weeknd's "Earned It" from 50 Shades of Grey, Lady Gaga's "Til it Happens to You" from The Hunting Ground, David Lang's "Simple Song #3" from Youth, and Sam Smith's "The Writing's On the Wall" from Spectre (which won the Golden Globe). You can listen to all five Best Song nominees below.

For Best Score, Ennio Morricone's Golden Globe-winning score for The Hateful Eight was nominated, as were Carter Burwell for Carol, Jóhann Jóhannsson for Sicario, John Williams for Star Wars: The Force Awakens, and Thomas Newman for Bridge of Spies. Also: Nina Simone doc What Happened, Miss Simone? and Amy Winehouse documentary Amy are up for Best Documentary Feature.

The Oscars will be handed out Sunday, February 28 at the Dolby Theatre at Hollywood & Highland Center® in Hollywood. Chris Rock is hosting this year. A full list of all 2016 Oscar nominees is below...

Nominations for the 88th Academy Awards

"Simple Song #3" from "Youth"
Music and Lyric by David Lang

Best animated feature film of the year
"Anomalisa" Charlie Kaufman, Duke Johnson and Rosa Tran
"Boy and the World" Alê Abreu
"Inside Out" Pete Docter and Jonas Rivera
"Shaun the Sheep Movie" Mark Burton and Richard Starzak
"When Marnie Was There" Hiromasa Yonebayashi and Yoshiaki Nishimura