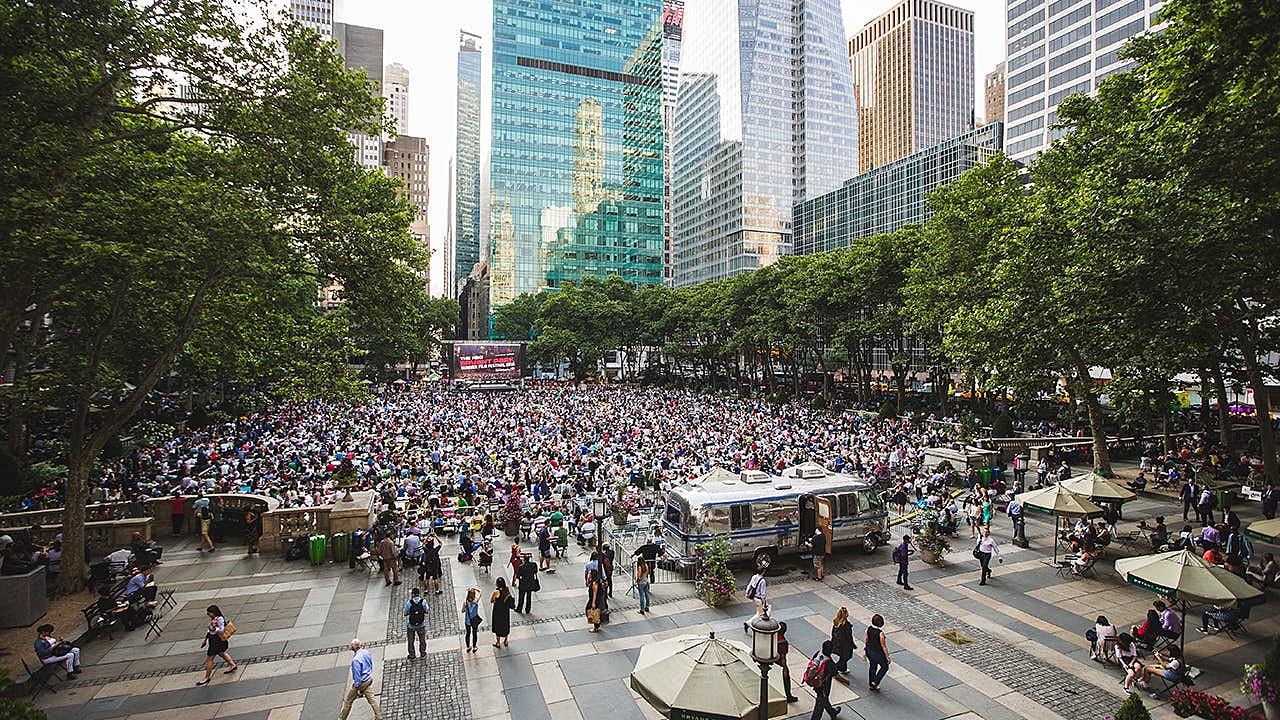 One of the best-loved of NYC’s many free outdoor summer movie series, the HBO Bryant Park Summer Film Festival, is celebrating its 25th anniversary this year, and the 2017 lineup features Mondays of cinema under the stars. Things kick off on June 19 with a showing of the original 1933 version of King Kong and wraps up August 21 with a screening of Dirty Dancing. They're also showing 1949 musical On the Town, The Muppets Take Manhattan, the original Sabrina, Wall Street (which is celebrating its 30th anniversary), Pillow Talk, The Hustler, Bob Fosse's All That Jazz and Hitchcock's North by Northwest. Full schedule is below.

On movie nights, Bryant Park’s lawn opens at 5 PM with the movies starting at sunset. There are classic Warner Bros cartoons before each screening.