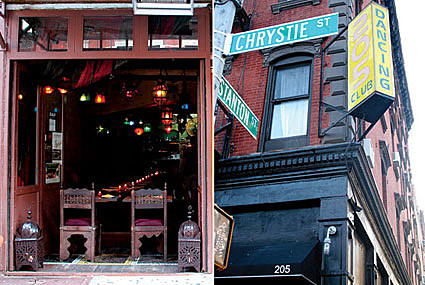 East Villagers who loathe Le Souk have reason to party: After much deliberation, the SLA has cancelled the club's liquor license. The owners can apply for a new one, but let's face it, they've got their work cut out for them. In another long-in-the-works case, 205 -- one of the only downtown spots where you can dance on the legal -- had its license revoked, meaning the owners won't be able to seek a new one.

The authority also put the kiss of death on Stereo, fining it $15,000 to boot. Le Souk and 205 are still open for business at the moment -- it takes the authority a few days to physically seize a venue's license, and its decision can be reconsidered upon request or fought in court (as in the case of Death and Co.). Nevertheless, it may be the last days of disco for these venues. [NY Magazine]

UPDATE: According to many, these bars are still currently severing liquor.