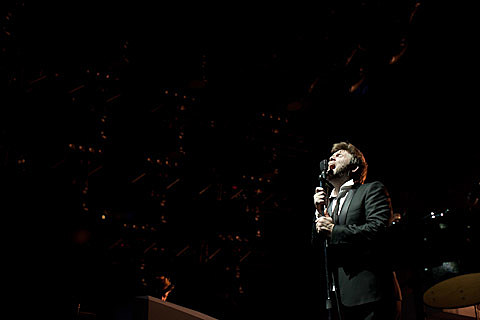 As mentioned, the LCD Soundsystem documentary, Shut Up and Play the Hits, will screen at Brooklyn Bowl on Friday (7/27). Advance tickets for that screening have sold out, but more tickets will be available at the door. They've since added another screening, which happens at Brooklyn Bowl on August 1 with a "special guest DJ TBD." Tickets for that screening are on sale now. The DVD of the documentary is also now up for preorder.

In other DFA news, Juan Maclean will DJ in Brooklyn on August 24 at Cameo Gallery with Brooklyn Bass. Tickets for that show are on sale now.

In somewhat related news, DFA released a white label 12" with remixes of The Rapture's "In The Grace Of Your Love" by Poolside (who play NYC TONIGHT and Friday) and Pional (who plays NYC with John Talabot in September). You can stream the Poolside remix HERE and the Pional remix below.

The Rapture - "In The Grace Of Your Love" (Pional Remix)