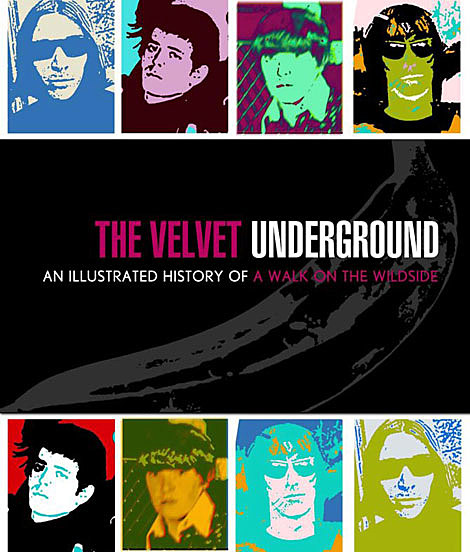 Former Velvet Underground members Lou Reed, Maureen Tucker and Doug Yule will make an extremely rare joint public appearance on Dec. 8 at the New York Public Library. The three will discuss the Velvet Underground's music and legacy with rock journalist David Fricke as part of the "LIVE from the NYPL" series.

The unprecedented reunion of the legendary New York band comes on the heels of the publication of "The Velvet Underground: New York Art," a new compendium of previously unseen photographs, poster and cover designs by Andy Warhol, Lou Reed's handwritten music and lyrics, underground press clippings and other reviews, flyers, handbills and posters. The book, published by famed Italian book house Rizzoli, contains a recorded conversation between Reed and Tucker as well as contributions from Vaclav Havel and Jon Savage.

The event will take place in New York City at the Celeste Bartos Forum in the NYPL's Stephen A. Schwarzman Building on 5th Ave. and 42nd St. General admission tickets are $25, and $15 tickets are available for library donors, students and seniors through the NYPL website. [Billboard]

It's tricky wording ("unprecedented reunion of Reed, Tucker and Yule, on Tuesday, December 8th, LIVE from the NYPL!", but I guess we have to assume that the three band members will NOT be playing music. Anyone know for sure?

The Velvet Underground changed lineups many times. Notably missing from the library event are John Cale (alive and well) and Sterling Morrison (RIP). The band formed in 1965. Doug Yule replaced John Cale in 1968. Lou Reed left in 1970, and then the band didn't even break up until February of 1973. Drummer Maureen Tucker was in the band the longest (though technically she's not an original member - the very first drummer was Angus MacLise - RIP).

On October 30th, Lou Reed joined Metallica at the Rock n Roll Hall of Fame concert at MSG in NYC for a rendition of "Sweet Jane". It will be aired on TV Thanksgiving weekend, but you can watch audiences videos of it below. Metallica just returned for two headlining shows at the same venue the other day.

Moby performed "Take a Walk on the Wild Side" at a concert in Paris on November 13th. Video below.

One day later (11/14), Lou himself performed in Prague with the Prague Philharmonic Orchestra conducted by Jirí Belohlavek. It was a concert in honor of the 20th anniversary of the Velvet Revolution (not to be confused with Lou's band with a similar name). Renee Fleming joined Lou for a beautiful and operatic version of "Perfect Day". Suzanne Vega also performed at that show. Check those videos out below too...