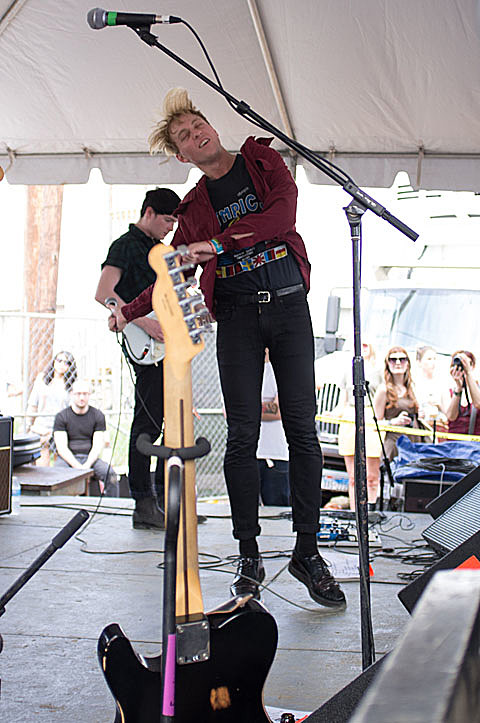 The Village Voice has announced the initial line-up of its 4Knots Festival which happens July 14 at South St. Seaport. Headliners for the free show are The Drums, with Crocodiles (which we already knew), Hospitality, Bleached and Nick Waterhouse being the others. Unlike last year, there will be a second stage as well on neighboring Pier 16 (Pier 17 is where the Seaport Music Festival Happens). Stay tuned for the rest of the line-up.

If you're curious about Nick Waterhouse, the retrofied R&B bandleader plays a late show at Mercury Lounge this Saturday (5/19) and you can download a live album too.