Titus Andronicus' Patrick Stickles in the crowd at 4Knots 2011 (more) 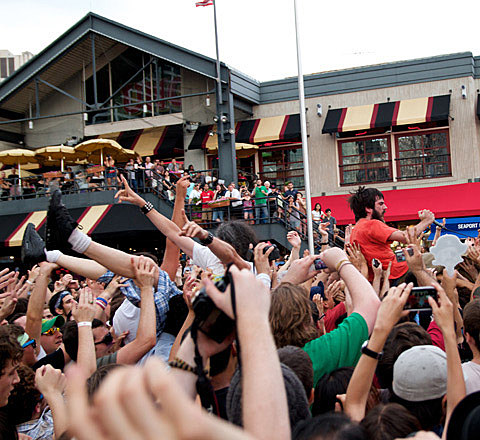 While no bands have been mentioned yet, The Village Voice have announced the 4Knots Music Festival will return to Pier 17 at South St. Seaport for a second year: Saturday, July 14 is this year's date of the festival that has taken the place of the Coney Island Siren Festival (RIP). Says the Voice:

"We're thrilled about the return of the 4Knots Music Festival this summer," commented Village Voice publisher Josh Fromson. "Last year's inaugural event was a massive success and we've got a great deal of special things in store for this summer. Make sure to circle July 14th on your social calendar because it's going to be a great day of music at the Seaport."

The 4Knots Music Festival will feature renowned and emerging artists from today's music scene performing live all day in front of what is sure to be yet again an extremely large and enthusiastic audience. A full lineup of the day's events will be announced in coming weeks.

No word yet on this summer's Seaport Music Festival, though it will be back. (As will the Sound Bites Summer Series curated, full-disclosure, by me.) Hudson River Rocks, though, have announced their schedule which includes the just-added DIIV in addition to Grimes, Wild Nothing, Dan Deacon, Oberhofer, and more .

The band-less flyer for 4Knots Music Festival is below. 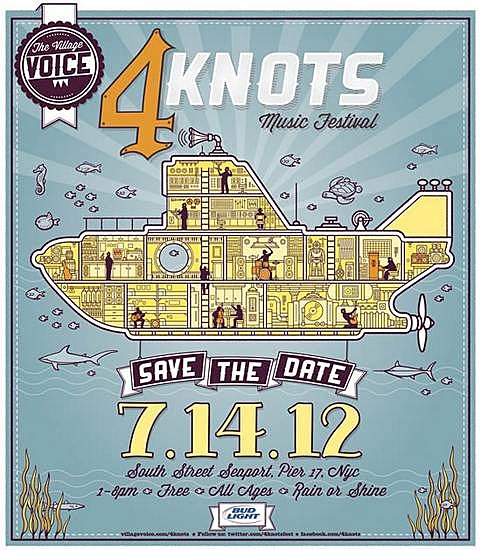