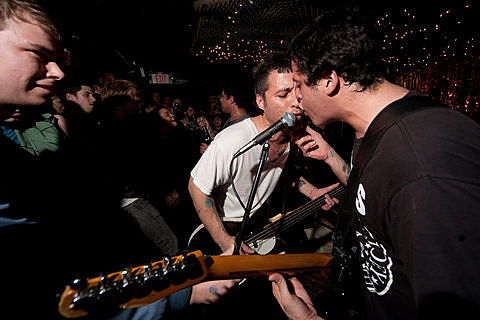 The Black Angels will return from an Australian tour in time for that Seaport show, and have a few other upcoming shows scheduled in cities in the Southwest, and festivals like Primavera Sound in Barcelona, and Bonnaroo. All Black Angels dates are below.

Davila 666 played NYC three times in the past month, at Knitting Factory, Cake Shop and in a wrestling ring (no bullshit). The former show featured appearances from Hunx & His Punx and Shannon & The Clams. Download/stream entire sets by all three (from two separate dates) at The Empty Bottle in Chicago below, alongside all tour dates.