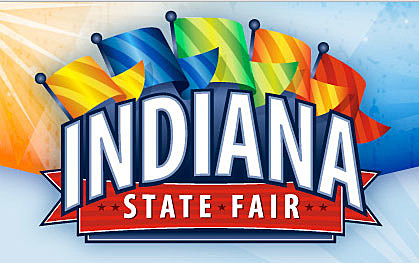 The Indiana State Fair reopened Monday with a public memorial service for five people killed when a concert stage collapsed during a storm.

The fairgrounds were closed Saturday night following the accident, which occurred shortly before the country music duo Sugarland was to take the stage before an audience of about 12,000.

"While we will never forget this horrific event and those who perished, may we Hoosiers find the courage to unify, rebuild and re-emerge with a stronger heart," said Indiana first lady Cheri Daniels, who attended Saturday's concert and was one of several speakers at Monday's ceremony.

Audience members at the service honored victims with a moment of silence and later sang "Amazing Grace."
Officials Monday were focusing on grieving with victims and beginning repairs to get the fair back underway, Gov. Mitch Daniels told CNN.

"Our first instinct in Indiana is not to go rushing around, looking for scapegoats. It's to take care of business, take care of those who've been hurt and then, of course ... study to see if something could have done better and learn any necessary lessons," he said.

On Sunday he described the stage's collapse as a "freakish accident."

"I'm not saying that we're not going to find many things that could have been done differently," Daniels told CNN Monday. "I'm only saying that I know the people who run this operation. They think safety all the time, and I know that their hearts are broken that, in this case, this event took place as it did." [CNN]

Video of the tragic stage collapse, and of the press conference that happened on Sunday, below...