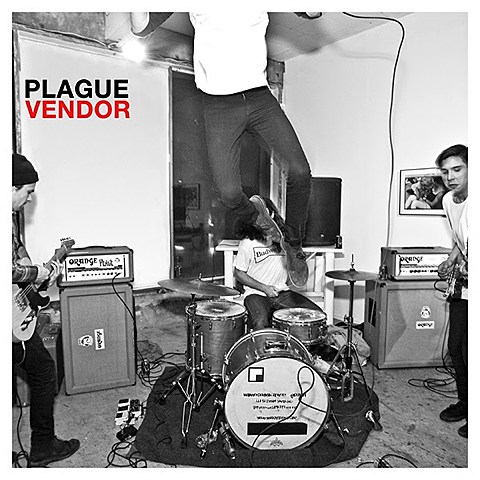 Now that SXSW is behind us, life is back from spending most of the day in Austin venues to spending way too much time on the internet. In what ended up being a pretty nice coincidence, two killer punk songs were released this week, and in my time back in front of a screen, I came across a few other (slightly older) ones as well. So as sort of a weekend kick-off, here's five quick and dirty songs you can get down to:

PLAGUE VENDOR: Somehow this band is playing Warped Tour, but don't let that turn you off. They are 1000x better than 99% of the bands playing and nothing like any of them. Plague Vendor make raw, psych-y garage punk with a shouty vocalist that belongs in a grimy basement sooner than it belongs on the same stage as this. Their debut LP, Free to Eat, comes out on April 15 via Epitaph and you can hear its lead single "Black Sap Scriptures" in the blurry music video below.

HARD GIRLS: These guys are all also in Classics of Love, backing former Operation Ivy singer Jesse Michaels (one of Jesse's best post-Op Ivy bands IMO), and they're at least as good without Jesse too. Their next record, A Thousand Surfaces, comes out June 24 via Asian Man, and its first single "Plan," is the kind of scrappy melodic punk that their labelmates Joyce Manor make. Far too unpolished to call "pop punk," but it's definitely catchy stuff. Listen below. 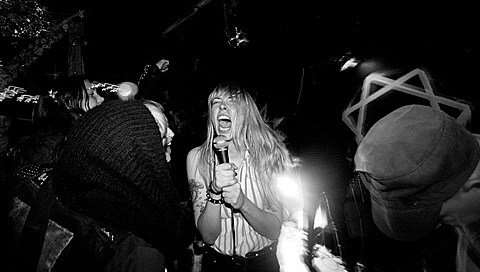 ARCTIC FLOWERS: Portland's Arctic Flowers put out their sophomore album Weaver last month via Deranged Records (formerly home to White Lung, Eagulls, etc). It's a great mix of stripped down punk and the darker textures of goth and post-punk, and it's highly melodic too. Hard to pick a favorite song, but take a listen to Weaver's title track below and stream/purchase the entire album here. They've also got two shows coming up -- Portland on 3/27 with LA garage punks Neighborhood Brats and a New York's Alright afterparty on 4/19 at Saint Vitus with Survival, Human Particle, La Cruor and more TBA.

BRAIN F≠: The North Carolina band (whose name is actually pronounced "Brain Flannel") released their newest album, Empty Set, last month via Grave Mistake (Big Eyes, Night Birds). The female/male dual lead vocals are in constant tradeoff over speedy power chords and a drummer who's in constant attack mode. Get a taste of the record with its minute+ opener, "Dry," below and stream/purchase the whole thing here.

HYSTERICS: Lastly, Olympia's Hysterics have been circulating the blogosphere for some time now, and for good reason. Their most recent EP, Can't I Live?, is an excellent six-track collection that evokes the best moments of early hardcore but doesn't feel regressive. My personal favorite song on it might be the closing track, "No Vision," which has a similar sense of urgency (and similar guitar riffs) to Nervous Breakdown-era Black Flag, but actually sounds angrier. Listen to that one below, and check out the whole EP at the M'Lady's bandcamp. Hysterics are planning TBA NYC shows for May 2 and 3. Stay tuned.

All song streams below...