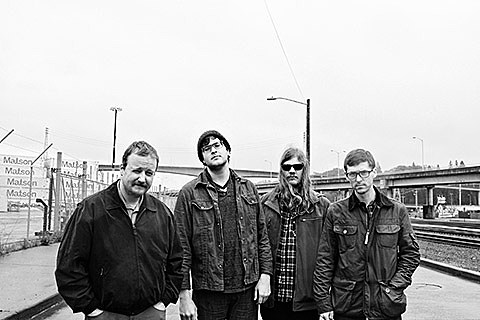 Detroit's Protomartyr have a sense of urgency and anger that could've sprouted from somewhere like Manchester or Cleveland in 1979. The band's new album, Under Color of Official Right, is a real ripper that evokes more than it cribs from the postpunk era.

One of our 50 Artists We're Excited to See at SXSW, we're pumped that Protomartyr will be playing the Saturday BrooklynVegan free day party, where they'll be on right before The Pains of Being Pure at Heart. The band's Joe Casey and Greg Ahee tackled our 5 QUESTIONS:

Joe: Jumbo's in Detroit for the ambiance. When we play any place else with dropped particle board ceilings, I get wistful.

G: We played a show in Lawrence, Kansas where no one showed up and the kid that opened for us just played a game boy on stage, drank his pitchers of beer, and left before we played. That might've actually been the best show ever.

J: I liked the one where the amp head fell on Greg's face.

G: We confuse best and worst all of the time.

G: Last tour it was mostly promo CDs we took from the Sub Pop office and shitty radio.

J: That or contemplative silence.

J: As Thoreau said: "Beware of all enterprises that require new clothes, and not rather a new wearer of clothes." Or some shit. 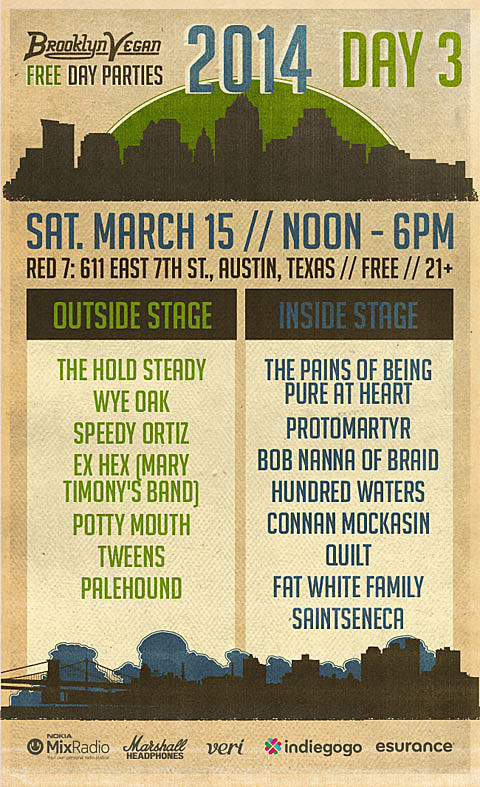