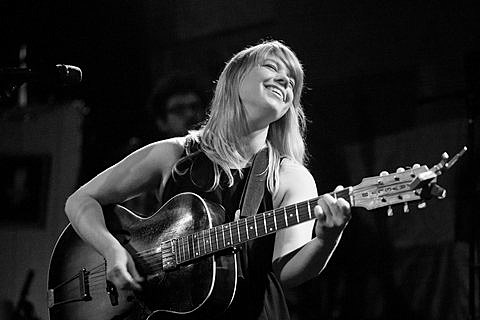 Basia Bulat welcomed her latest effort, Tall Tall Shadow, in 2013. She's coming to Austin for SXSW, where she'll play four shows including a FREE BrooklynVegan day party on Thursday, March 13 at Red 7 (one of three). Meanwhile, we asked Basia 5 QUESTIONS:

BB: In America it's probably the Bowery Ballroom! I've played there a few times as a support act and headlined there for the first time in November which was really special.

It was in a tiny bar in a town I won't mention for fear of retribution - the engineer was extremely inebriated as was the local clientele, who had many "requests" for Britney Spears and Dixie Chicks covers. It was, by far, the worst show I've ever played!

3) What are some albums that you've been spinning in the van lately?

I've been listening to the latest US Girls EP, "Free Advice Column" and the new St. Vincent self-titled album, Jim James' Regions of Light and Sound of God, the new Timber Timbre album Hot Dreams, which comes out in a few weeks, and a lot to Erykah Badu's New Amerykah Part Two.

A good friend of mine invited me to join his barbershop-metal-band which, whenever it happens, will be called Barbicide.

5) What are you up to for the rest of the year post-SXSW? 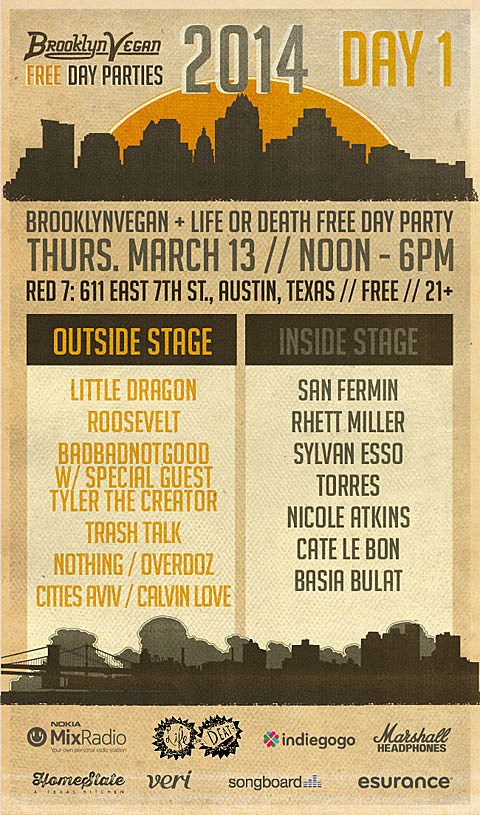