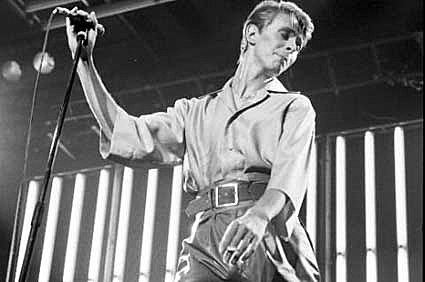 Back in May 2006 (when he was just 59) we found out that David's curating the May 2007 Inaugural HighLine Festival in NYC.

As part of the programming, Bowie will play a large outdoor concert, his first show in New York since 2003. He will also select musicians and artists to appear throughout the festival.[from here]

Since then, the HighLine Festival got its own website. I found out in message boards that the website at some point revealed the exact festival dates to be May 9-18 - and then May 9-19 (ten days!). Currently the website just reads "Coming May 2007".

It's public knowledge that Bowie loves The Secret Machines, TV on the Radio, and Arcade Fire, so it's no surprise that the rumors say "Arcade Fire and TV On The Radio are frontrunners to headline the event".

Will TV on the Radio and/or Arcade Fire actually play the event though? TV on the Radio just announced a big tour that doesn't include a NYC date, and they'll be home about 20 days before May 9th. Looks like the chances are good for TVOTR.

Arcade Fire ARE definitely playing multiple shows in NYC in May, but I don't have faith that any of those shows will actually be associated with the HighLine Festival. I think instead Arcade Fire will just play a few shows at a regular venue on their tour to support the new album. We'll have to wait to find out though - currently they've only announced the pre-tour special church shows.

[Do you have all three new/leaked Arcade Fire tracks yet (Intervention, Black Wave/Bad Vibrations, & Black Mirror)??]

So, who will play the 9-10 day Highline Festival besides Bowie, and possibly TV on the Radio, and less possibly Arcade Fire? Well, I can tell you with almost 100% certainty that David Bowie is bringing to NYC - an artist who I right-now want to see more than all of them - yes, it's the one and only Daniel Johnston... 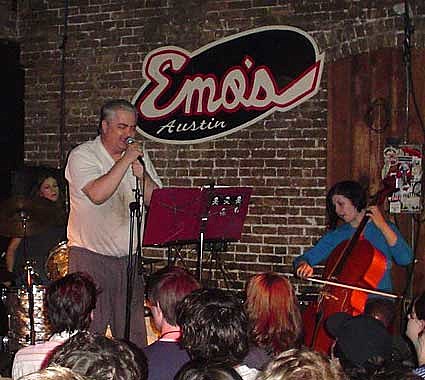 Those familiar will Daniel Johnston's career should know about Daniel's latest project Danny & The Nightmares. Those not familiar with Danny's career haven't seen the amazing documentary The Devil and Daniel Johnston. That is easily corrected. The cover looks like this: 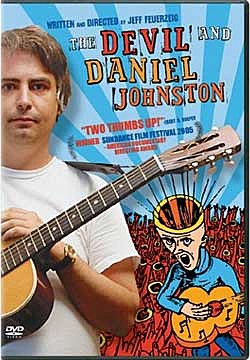 Danny and the Nightmares played a bunch of shows in Texas recently - that includes one at Rudyard's on New Years Eve, and one at Emo's on December 16th (maybe they'll play SXSW?). The pictures in this post are from the Emo's show... 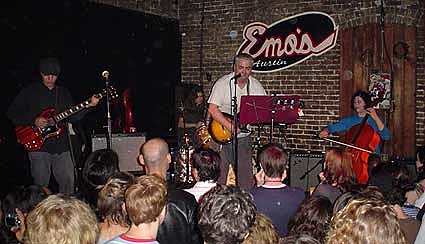 Nothing against Danny and his Nightmares, but it looks like Bowie (a known Daniel Johnston fan) is indeed bringing Daniel to NYC in his actual, pure Johnston form - and for that I'll celebrate his 60th birthday extra hard this Sunday the 14th at the NYC Bowie Ball.