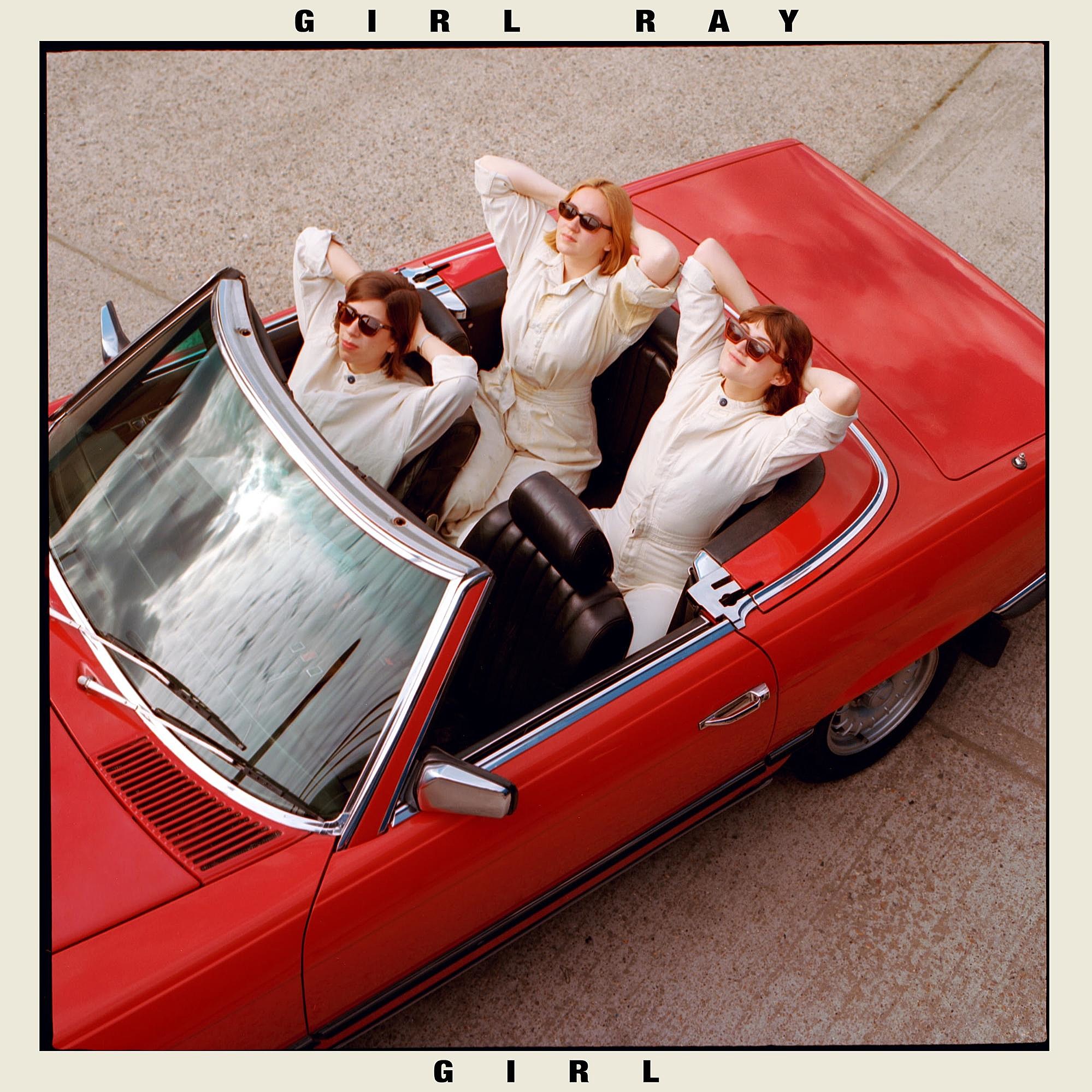 UK trio Girl Ray have traded in the twee, indiepop sound of their debut for synthesizers and dance-pop on their upcoming album Girl, but have still managed to sound like themselves. The album opens with this laid back track featuring downtempo drum machines, tropical/funky guitars and layers and layers of harmonies. It's a dreamy charmer.

JEFFREY LEWIS & THE VOLTAGE - "EXCEPT FOR THE FACT THAT IT ISN'T"

Jeffrey Lewis is best known as being part of the anti-folk scene but is rocking out -- in an indie rock kind of way -- on new album Bad Wiring which he made with his band The Voltage. "It's a fairly listenable four-chord ditty with verses and choruses, but then there's also some ripped-up guitar devastation, just so we don't accidentally end up on the radio," says Jeffrey of this new song from the LP. "Also it's kind of upbeat and jaunty, but then it's got the most brutally sad line of the whole album, 'There's a roof and a floor, and there's walls and a door, and there's a table and chair and a bed.' Sometimes I can't get through singing that line without crying. The undeniable, which is also undeniably insufficient. Just so I can punch myself in the face with a couple of hard, fast musical and lyrical contradictions then get outta there."

LLOYD COLE - "THE OVER UNDER"

Alt-rock veteran Lloyd Cole released one of his best-ever albums, Guesswork, this year and has now made a video for one of its highlights. It was directed by acclaimed artists John Wood and Paul Harrison and they cleverly work in references to other artists of the last 40 years. "I was very nervous when I approached John and Paul suggesting they might enjoy the song and maybe they might make a film / music video, I was thrilled that they accepted, and I’m ecstatic with the result," says Lloyd. "It is simply perfect. If I have a regret, it’s that I wasn’t involved with our videos in the 80’s and 90’s. I was always too busy, it seemed, but really that’s no excuse and I have some very mediocre work to my name. I’m really enjoying the challenge these days and I’m truly blessed that great visual artists are happy to work with me. Now, how can I persuade Neil Tennant to be in one with me for ‘Moments and Whatnot’? and who will make it?"

FKA TWIGS - "HOME WITH YOU"

“You can take the girl out of the suburbs but you can’t take the suburbs out of the girl,” says FKA twigs of her new single. “‘home with you’ reinforced my recurring suspicion that when i’m in doubt, I should follow my gut and go home.”

Sonic Youth’s Kim Gordon‘s first-ever solo album, No Home Record, comes out this Friday (10/11) via Matador, and she has now shared another single from it ahead of its release. “Hungry Baby” sees Kim putting her unique noisy, deadpan twist on a ripper that falls somewhere between psychobilly and The Stooges.