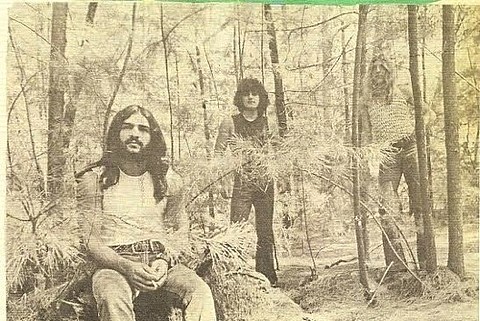 I joke a lot about how bands never really break up these days unless every single member dies, but it sounds less silly and more like a mundane fact all the time. Today's exhibit: Bang, a '70s-era Philadelphian hard rock band who were only initially active for a few years, and then again briefly in the early aughts. Like a lot of rock bands who got their start around 1970, their music straddles a few genre lines that were fuzzy at the time -- you can hear bits of pop, prog, hard rock, and early heavy metal in their recorded work.

The band were briefly signed to Capitol Records and managed to crank out three albums during their original run. One of those albums, their 1971 self-titled effort, sported a minor hit called "Questions," which brought them as close to the big time as they ever got -- a series of industry missteps led to their dissolution a few years later. The fact that Bang never played a NYC gig says a little about how dysfunctional the end of their career was.

But Bang are (inevitably) back together again now, and they've announced reunion shows including their first-ever NYC gig: a May 2 appearance at Saint Vitus alongside locals The Golden Grass. Original bassist Frank Ferrera and guitarist Frankie Gilcken are still in the lineup, though such long-break reunions are always a crapshoot execution-wise. Still, if you've been loving Bang for 42 years (or even, y'know, 4 years), this show is probably a no brainer.

Tickets for the Vitus show are on sale now. All currently known dates are listed, with a full stream of Bang, below...